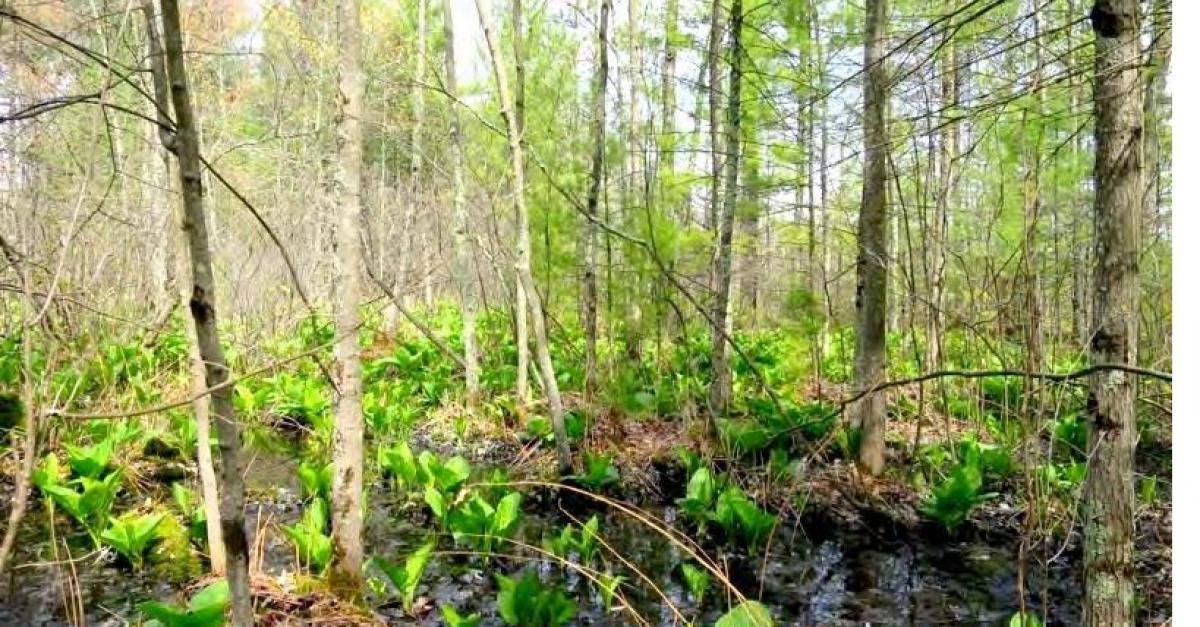 The Wisconsin Supreme Court will not hear a Georgia company’s request to reinstate a key license to fill in wetlands as part of a plan to build a $75 million frack-sand operation in the Monroe County.

In December, a state appeals court panel denied an application by Atlanta-based Meteor Timber to reinstate a permit to fill 16 acres of wetlands. The company applied for the permit as part of plans to build a sand processing and rail loading facility.

The Wisconsin Department of Natural Resources issued the permit in 2017 during the administration of former Republican Gov. Scott Walker over objections from agency staff due to the sparse forested wetlands on the site.

“We are disappointed with the court’s decision,” John Behling, the company’s local attorney, said in a statement. “The project creates jobs, opportunity, and most importantly, more wetlands. The mine site is licensed and we are reviewing our options. Meteor Timber remains committed to economic development in Wisconsin.”

Meteor Timber planned to preserve more than 600 acres of wetlands as part of the proposed frac sand operation, which was expected to create 100 jobs. But the operation was met with fierce opposition from environmental groups and the Ho-Chunk Nation, who challenged the permit issued by the DNR.

Midwest Environmental Advocates, or MEA, which represented the Ho-Chunk Nation in the permit challenge, said the Wisconsin Supreme Court ruling ends the company’s attempt to destroy the rare forested wetlands after nearly five years of litigation.

“They must submit baseline data on the soils and hydrology of the wetlands they wish to fill, so that those values ​​can be assessed. And, more importantly, so that impacts on those values ​​can be mitigated, and this assessment is required before a permit is issued,” said MEA lawyer Rob Lee. “But the DNR, under the Walker administration, tried to circumvent this missing information by granting the permit and then by simply putting conditions in it so that this information can be submitted at a later date. It’s illegal.”

An administrative law judge ruled in 2018 that the DNR improperly approved the infilling of wetlands because the agency lacked sufficient information to determine environmental impacts. Wisconsin Public Radio previously obtained recordings showing DNR employees felt pressured to approve the permit, even though they said the agency did not have enough information about the company’s plans to mitigate wetlands.

“We won’t take time to rejoice – this planet still suffers from overexploitation. Our next generations simply won’t survive if we allow polluters to contaminate our beautiful landscape without remediation and without remorse,” Greendeer said in a statement. statement. “Although Meteor Timber lost this case, it is Earth that bears the scars of battle.”

Meteor Timber appealed the administrative judge’s decision to the DNR. The agency dropped its review of the matter, saying it was best left to the courts to decide.

The company then sued the DNR over the permit. A Monroe County judge denied Meteor Timber’s request to have the license reinstated last year, and that decision was upheld by a Wisconsin appeals court panel in December.

“This case is now over, but the fight to protect Wisconsin’s waters, including wetlands, is not,” Clean Wisconsin attorney Evan Feinauer said in a statement. “Clean Wisconsin will continue to work to protect wetlands, rivers, lakes, and streams by ensuring MNR follows both the law and science when issuing permits. Every wetland we can protect is a huge victory.”

Since the company first applied for the permit, Wisconsin sand mines have struggled as they began to face competition from frac sand mining operations near Texas oil fields in 2017. Oil and gas companies discontinued use of Wisconsin sand to save on shipping costs.

As a result, state mines have ceased operations and some companies have filed for bankruptcy, including Texas-based Hi-Crush, Inc. The company recently sold its over $100 million Blair facility to Smart Sand Inc. .for $6.5 million.

The insurer must defend the drilling company accused of negligence