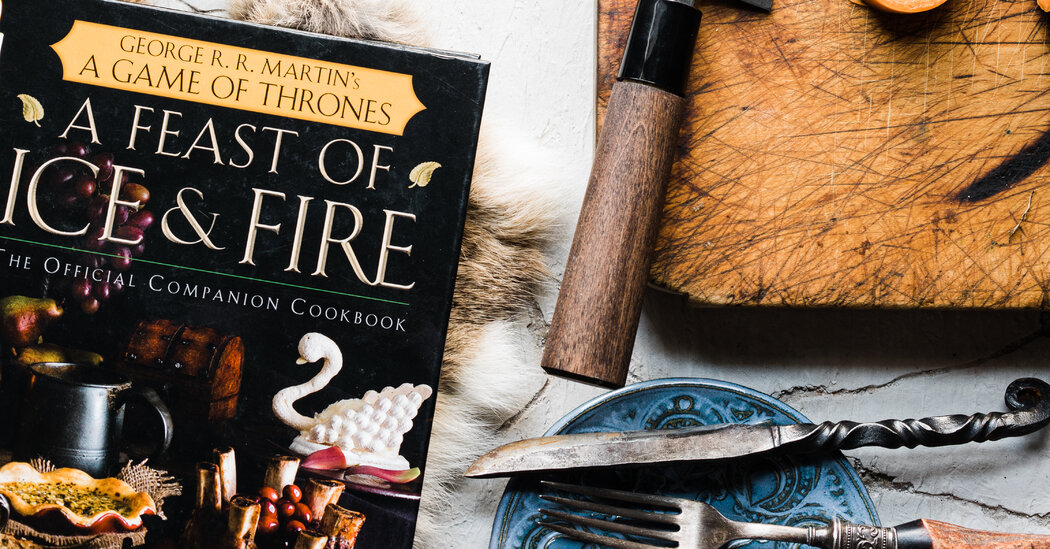 What do you think your favorite book or movie character is eating for dinner?

“We know surprisingly little about Vulcan cuisine, given how much of a fan favorite Spock is,” she said. Some people believe that Vulcans are vegetarians, as their strong morality and fear of their own capacity for violence would mean that they would avoid food that requires slaughter. But do these arguments hold up, she wondered, in a world where meat can be reproduced with machines?

The result: “A cold tomato and strawberry gazpacho and a little balsamic vinegar. “

For fans like her, “it’s a great way, a new and tangible way, to connect with a world they love,” she said.

As fan cultures have deepened, these cookbooks have evolved as well. Less common are those who simply name recipes after characters. Today’s pop culture cookbooks are much sought after tomes on their fictional worlds. They consider climates and character motivations. They fill in the gaps in the story. The authors examine every item, right down to props to recipe photos, so fans can feel completely immersed.

“For better or worse, if a brand doesn’t publish and market itself,” Mr. Miers said, “they’re not as alive as the fans want them to be.”

When the chef and writer Nyanyika banda started work on the upcoming “The Official Wakanda Cookbook” based on Marvel’s Black Panther comics, she knew the rabid Marvel fan base would expect it a high level of detail.

“If we had written this book 15 years ago, you probably could have gotten away with including a lot of things from all over the African continent without explaining why they existed,” said Mx. Banda, 39 years old. “There is this need that the people who come up with these recipes know what they are talking about” in terms of both comics and African cuisines.

Mx. Banda’s recipes – like chambo, a traditional Malawian fish dish – speak directly to the different places in Wakanda in Africa throughout the comic.

Mx. Banda examined the role colonialism played in adding a Western influence to some African dishes, and how to explain that influence when they included these foods in the book – since Wakanda is said to be isolated from the rest of the world. . (Mx. Banda found a solution by referring to more recent comics about Wakanda opening up to outsiders.)

This approach is a far cry from the first books of its kind, which place little emphasis on compelling recipes and complex storytelling.

Students, read the entire article, then tell us:

Want more write prompts? You can find all our questions in our Student opinion section. Teachers, check out this guide to find out how you can incorporate them into your classroom.

Students aged 13 and over in the US and Britain, and 16 and over elsewhere, are welcome to comment. All comments are moderated by The Learning Network staff, but remember that once your comment is accepted, it will be made public.