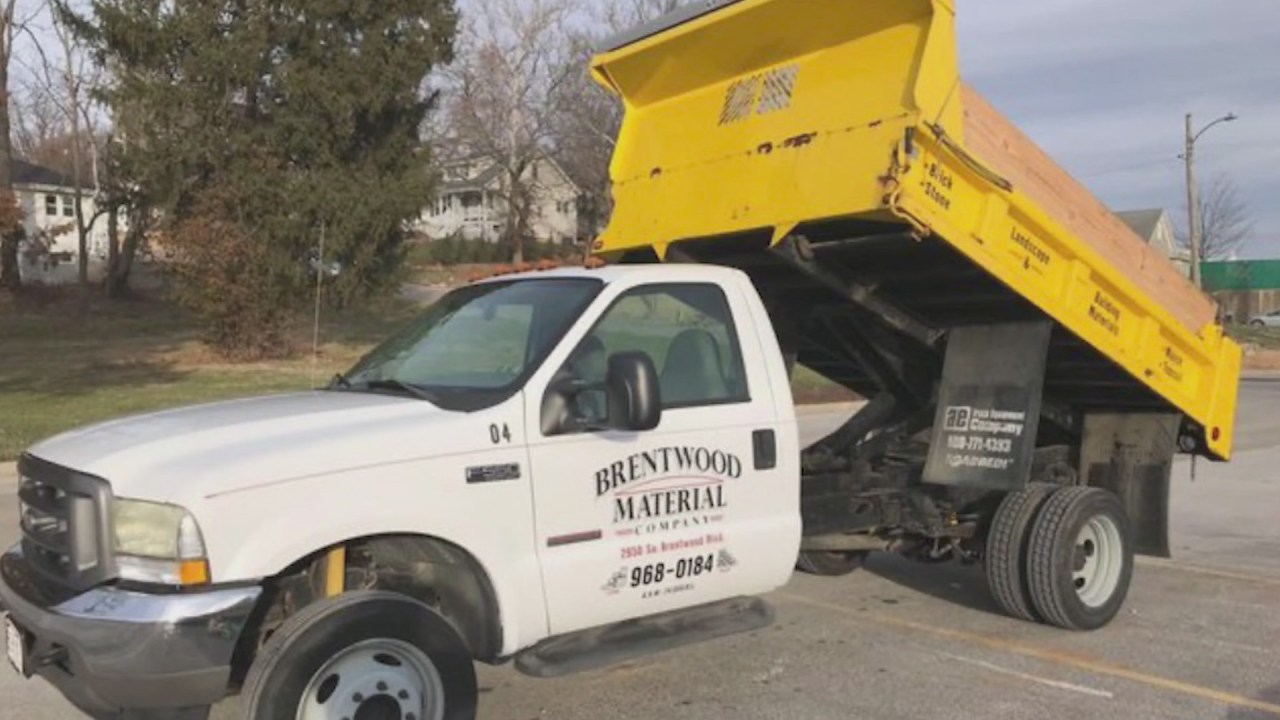 Truck and equipment worth $80,000 stolen from St. Louis business

ST. LOUIS — A small business’s livelihood is at stake after thieves steal one of its trucks and expensive trailer equipment.

At around 9 p.m. Thursday evening, the brand new truck and trailer loaded with equipment was parked a few feet from the business on the street in South St. Louis when the theft occurred.

“My kids were working on their trucks and then they saw the truck speed off. And they were like, ‘Wow this is crazy, why is he going so fast?’ And then they realized it wasn’t their father because they had the keys,” said Dora Valenzuela, co-owner of Tios Tree Service.

His sons chased the truck but had a flat tire and lost the thieves.

“It was like someone punched me in the stomach,” Valenzuela said. “It’s devastating.”

Bought just a month ago with savings, the truck and equipment together are worth $80,000.

“They won’t give us credit,” Valenzuela said. “We have to pay for everything.”

The stolen Dingo trailer is particularly difficult for the company because its use is crucial for picking up large, heavy tree trunks. This is something that his business partner and his employees now have to do themselves.

“When we didn’t have the Dingo he had to do everything by hand and he was exhausted, would go home and go to bed but with the dingo it’s easier,” Valenzuela said.

Tios Tree Service started during the pandemic just a year ago and business has been good, but now they are losing money and time.

“We’re going to have to do less and work harder,” Valenzuela said.

They now have to take on fewer jobs and work at a slower pace, relying on their other two trucks, but not Dingo. Valenzuela filed a complaint with the police. She encourages anyone with information to help.

“Hopefully someone sees him and calls him so we can recover,” Valenzuela said.

A $500 reward is offered for locating them. More information on the white Ford truck with yellow bed and trailer with a dingo attached includes:

Bloomington to woo Catalent with tax break as drug company could invest $350m and create 1,000 jobs – The B Square