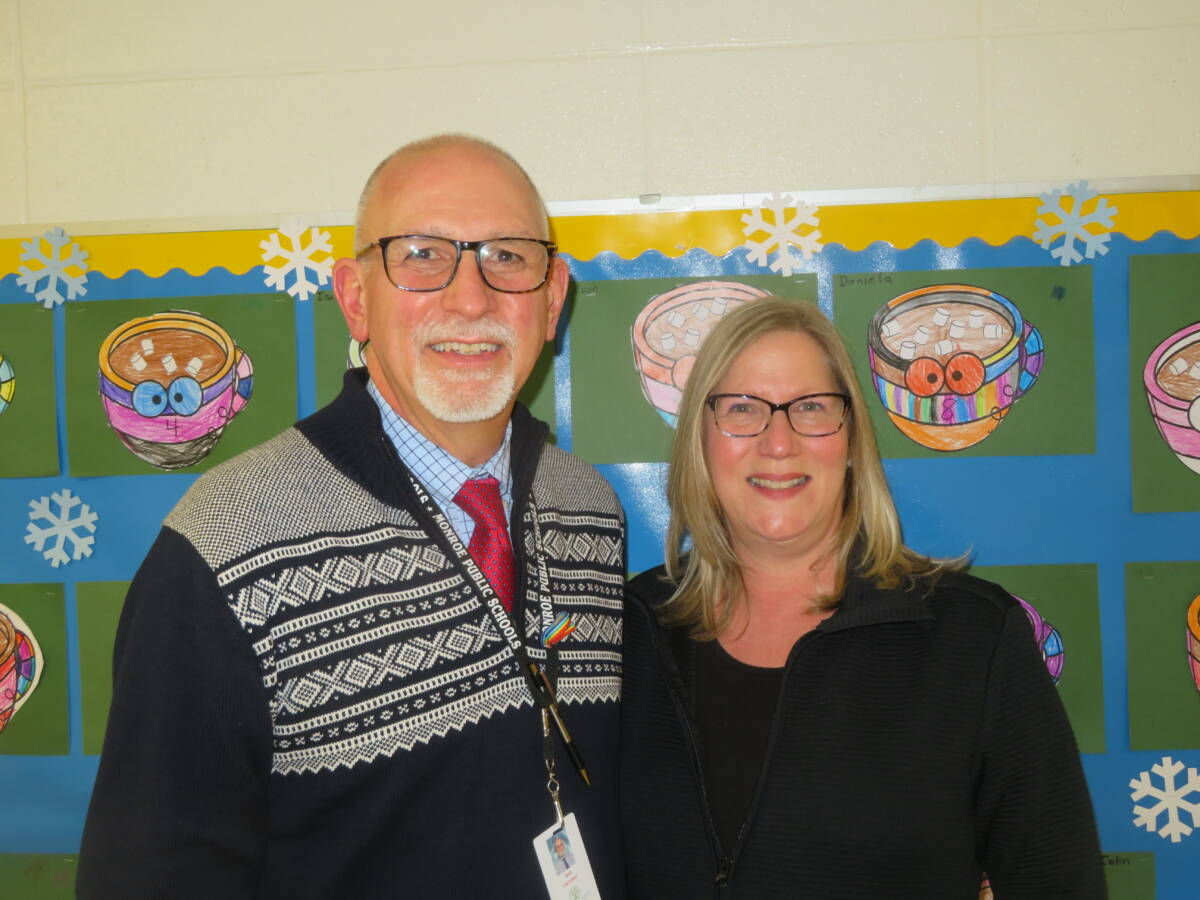 Their relationship began in the schools of Monroe. Now they will retire together

MONROE, CT – Suzanne Giampaolo was hired as a special education teacher when she first met the group’s principal, Jack Ceccolini, in the Masuk High School cafeteria during convocation in 1987. social outings with mutual friends before the couple fell in love and married in 1991.

Now, three decades and two grown-ups later, Assistant Superintendent Jack Ceccolini and special education teacher Suzanne Ceccolini will both retire together on June 30, after a 36-year career in education.

“We are lucky to be able to do this,” added Jack.

The couple live in Southbury and have two adult sons, John, 27, and Joe, 23. Both live in Massachusetts, so they plan to see more of their children when they retire. John is a science teacher and Joe is a chemical engineer.

The Ceccolinis will also travel more, although they will still be available to people at Monroe Public Schools if needed.

“They really are a second family to us,” said Jack.

“We know teachers and colleagues from all schools,” said Suzanne.

“Our colleagues are our friends,” said Jack. “That’s for sure.”

Suzanne said she will miss daily interactions, adding that the kids are always the highlight of the day.

“I am really happy for Jack and Susie for their upcoming retirement,” said Superintendent of Schools Joseph Kobza. “It’s really well deserved. Together they have over 70 years of service to the district. I will never be able to repay either one for the help and kindness they have shown.

Jack Ceccolini had a passion for music, growing up in Branford and performing with garage bands. He pursued a major in performance music at Western Connecticut State University.

“I gave classes to pay my tuition and found that was what I was really good at,” he recalls.

Ceccolini added education to his studies and obtained a double degree.

Although he ended up pursuing a career in education, Ceccolini continues to perform. He played guitar for The Common Chords, made up of teachers from the school district.

He taught at Chalk Hill for two years, then moved on to become Deputy Principal of Rochambeau High School in Southbury.

“I had returned for the sixth year diploma in educational leadership,” said Ceccolini. “I wanted to use it. We did not have administrative positions in the neighborhood, so I applied outside. It worked well. This experience prepared me for Fawn Hollow.

In January 2000, Ceccolini returned to the Monroe School District, accepting the post of principal at Fawn Hollow Elementary School.

“You want to have this opportunity to have a bigger impact,” he said of becoming a director. “You hope you can do good things for the children. “

Ceccolini then became principal of Jockey Hollow Middle School in 2005, leading the school for 15 years.

“I like elementary school, but I felt more comfortable in high school,” he says. “All of my previous experiences were in middle school and high school. “

Ceccolini said he was not looking for the job, but offered to help Kobza in any way he could with the transition. But he grew from there. He was appointed acting deputy superintendent. Both were then selected for the new roles in November of the same year.

“I owe Jack a lot of gratitude,” Kobza said. “When I became superintendent, he volunteered his time to come to the central office and help me when I needed it most, while being the manager of Jockey Hollow for six months. Jack and I have worked long hours for the past two years.

“I enjoyed it very much,” said Ceccolini. “Joe has done a great job as a superintendent under difficult circumstances that no one has faced before and this is just a great opportunity for me to continue to grow as a leader and educator. “

He was referring to the COVID-19 outbreak when educators had to close schools and offer a distance learning program, then equip schools for a hybrid model with half of the students going in person and half learning by line during different parts of the week.

“It really doesn’t compare to what the past two years have been like,” said Ceccolini.

A native of Monroe

“Suzie was a product of Monroe Public Schools and has given selflessly to help students with special needs throughout her career,” Kobza said.

Suzanne Ceccolini is the daughter of John Giampaolo, who was a longtime and well-respected sports director at Masuk.

“I grew up in Monroe and was a product of the Monroe school system – Monroe Elementary School, Chalk Hill and Masuk,” she said.

When she was in fifth grade, Suzanne’s friend suffered traumatic brain injury from an accident. “Her needs have grown greater,” she recalls. “He was no longer able to be independent in a general class, so as a classmate I helped him after school.”

“I knew I wanted to enter a helping profession,” she said. “At first I wanted to be a nurse.

But Suzanne comes from a family of teachers. Her father taught physical education and her mother, Shirley, was a diving and swimming coach.

“My brother and sister are also teachers,” said Suzanne. “My brother, John, is a physical education teacher at Shelton and my sister, Juli, is a gymnastics teacher at Oxford.”

Suzanne’s first job was as a special education teacher at Boys Village in Milford from 1986 to 1987. It is now Boys and Girls Village.

Then she returned to Monroe, a teacher at Monroe Elementary School where her former principal, Patrick Walsh and third grade teacher Mary Ellenbast still worked.

“I called her Mrs. Ellenbast and she kept saying, ‘Call me Mary!’ Suzanne remembers, laughing.

Suzanne was part of the district-wide adjusted curriculum for Kindergarten to Grade 5. The program eventually moved to Fawn Hollow Elementary School, where there was more space.

“When Chalk Hill became a fifth and sixth year building, I moved to the Chalk Hill building in 1998,” she said.

There she worked at the Center for Pre-Vocational Learning, where staff prepared students with special needs for the workforce and high school.

“We did a lot of community interactions,” said Suzanne. “It was great. I liked it. When that group of kids went to Masuk, I stayed in Chalk Hill and became a team teacher following an inclusion model. I worked in a general education class to support students in special education.

She was a sixth-grade teacher when Chalk Hill closed, but went to Fawn Hollow instead of Jockey Hollow, because her husband, Jack, was the principal of the college.

Suzanne has thought about the evolution of her domain since its beginnings.

“The difference in my career is the population of children,” she said. “Their needs and the way we support them have changed over the past 35 years. We continue to support their social and emotional well-being and our ultimate goal with special education is to make them as independent as possible and to contribute to society. “

“I always focus on the abilities and not their handicaps,” she added. “Their smallest improvement is my greatest joy. “