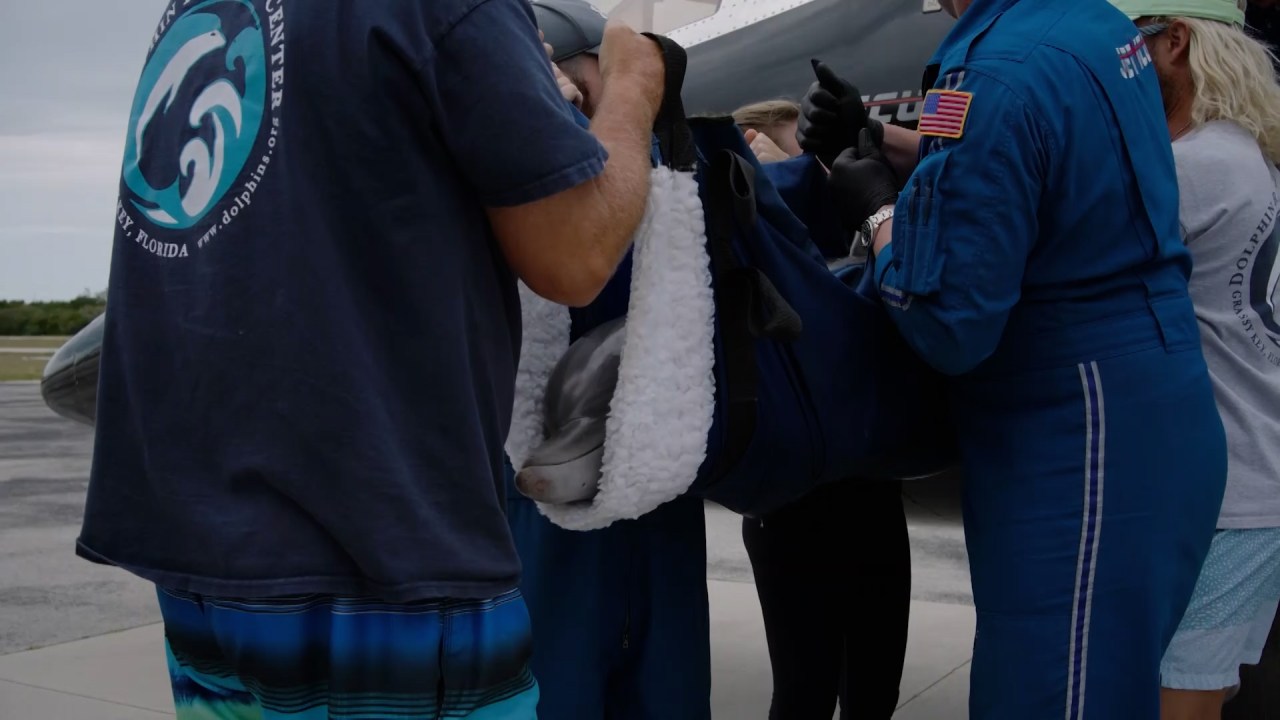 Ranger, the approximately 2-year-old orphaned calf, was found suffering from a respiratory infection and dehydration when he was rescued from Goose Island State Park in Texas in June.

The dolphin was treated at the Texas State Aquarium and has made a full recovery, but lacks the skills to survive in the wild.

The National Marine Fisheries Service determined that the young dolphin could not be released and chose the Dolphin Research Center in Grassy Key as its permanent home.

On Friday, Ranger was loaded into a Jet ICU air ambulance and airlifted to the Monroe County Sheriff’s Department hangar at Marathon Airport.

Jared Wayt, Jet ICU flight paramedic and director of emergency services was on a mission to transport Ranger.

He said the two-and-a-half-hour trip took a week of planning and logistics to ensure Ranger could be transported safely.

Wayt said transporting a dolphin was “a bit different” than transporting intensive care patients around the world.

‘Within the next 2 weeks’: End of supplementary feeding trial for dying Florida manatees

“Obviously he was quite tall, over 7 feet tall, and his weight had a lot to do with it,” Wayt said. “So we just had to reconfigure the plane to make sure the dolphin was transferred safely and cared for. So we had vets with us who managed the care of the dolphin in flight.

Ranger performed well during his flight. Wayt said there was no problem and they were happy to bring him home. He called it rewarding and one of the coolest things he’s ever done.

“I’ve been doing this for a very long time. I’ve flown people all over the world for many, many years, but once we heard we had the opportunity to fly a dolphin, our two teams, the Jet-ICU and the Dolphin Research Center , jumped on board and it worked great. ,” he said. “It was one of the most fun animals I’ve ever ridden in my entire life.”

If Jet ICU owners hadn’t waived the cost, the haul would have been around $30,000.