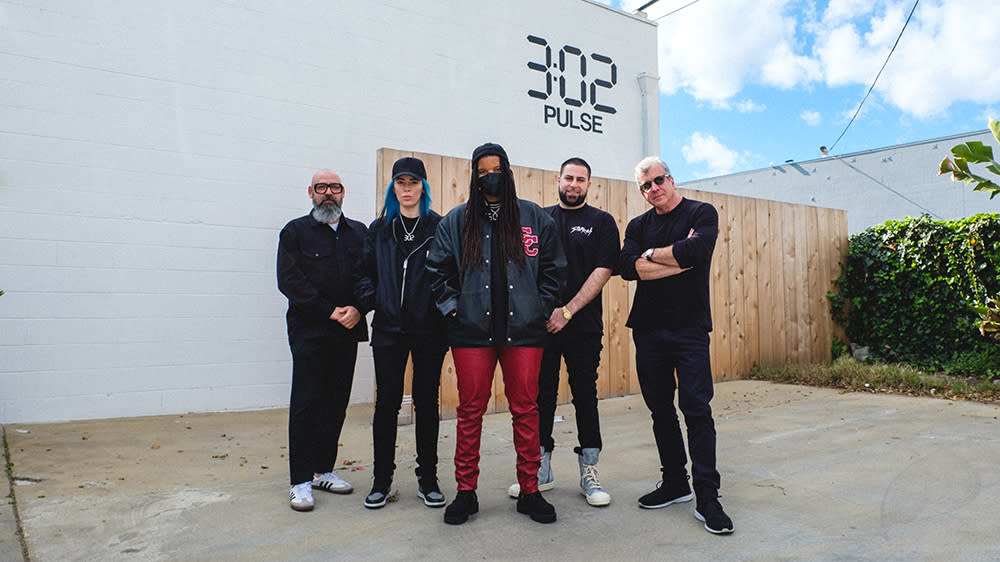 hitmaker star teamed up with Impulse Music Group for a publishing joint venture. Starrah starts her own publishing company, 3:02 Music Group, through the joint venture, for which she is CEO (3:02 is named after the Delaware area code where Starrah grew up). Starrah’s manager Nick Jarjour is co-founder of 3:02. There, Starrah will sign and develop a roster of artists, writers, and producers.

“Pulse Music Group was the first publisher that made me feel like they really understood my vision when I walked into the room,” said Starrah, who also extended her global co-publishing deal with Pulse. “Since I’ve been with them, they’ve been supportive every step of the way. I know I can always walk into the office or make a phone call and have someone to help me achieve the goals I want to achieve or overcome any obstacles I encounter. Being with Pulse is like being with family. They are my extended family.

Proudly LGTBQ+ and Black, Starrah’s credits include such hits as Camila Cabello’s “Havana” (featuring Young Thug); “Girls Like You” by Maroon 5 (featuring Cardi B); and Megan Thee Stallion’s “Savage Remix” featuring Beyoncé. For the latter, Starrah won a Grammy in 2021 for Best Rap Song.

+ Tank entered into a new worldwide publishing agreement with mike the killer, whose real name is Michael Render. The Grammy-winning, Atlanta-born artist and songwriter is a member of Run The Jewels, alongside El-P, and a solo artist. The deal includes his catalog and future work.

+ Ashanti is in partnership with EQ Swap, a Web3 company dedicated to the musician-fan relationship that uses blockchain technology. Founded by entrepreneur Janice Taylor, Ashanti will co-found, marking the first black woman to hold the title in a Web3 company. She will also publish creative experiences and NFTs exclusively with EQ Exchange, which will officially launch on March 25.

Taylor is herself a tech pioneer who has worked to develop technologies to protect children online and to create software that supports social and emotional learning. For more information, visit www.eq.exchange.

“We have an incredible relationship with the whole WK family,” said Afo Verde, President and CEO of Sony Latin-Iberia. “It was a natural next step for us, and we’re thrilled to be working with WK Records to launch a whole new generation of international superstars together.”

“This partnership is personally meaningful to me because of the trust and admiration I have for Rob Stringer, Afo and Sony Music,” Kolm said. “This confirms our shared vision to continue to lead and influence the Latin music industry with unprecedented global breadth, as we combine our strengths and build an unprecedented alliance.”

+ Ari Lennox and its management team black wax have “amicably decided to separate”, according to an announcement from his representative. She first signed with the company in 2012 and “still considers them family and is beyond grateful for the business ventures and memories.” Lennox is currently working on his second album and looking for a new direction.

+ Stemthe distribution and payment platform for independent musicians and labels, has hired Lamb of Charleton as manager or marketing. In this role, he will lead the team responsible for introducing Stem’s tools and services to the industry, shaping its visual identity and developing brand communications. He joined the Spotify for Artists team after four years at Spotify.

“Charleton has long been a powerful advocate for independent artists and labels, and he’s one of the best at breaking down the complexities of the music industry into simple messages and engaging creativity,” said Milana Lewis, CEO of Stem. “We are delighted to have him in the team.”

+ crush music named Jenny Kaufman responsible for streaming and sales, reporting to CMO Dan Kruchkow. She joins Terrorbird Media, where she was responsible for digital strategy.

“We love the entrepreneurial spirit that Jenny brings to Crush from Terrorbird, we thrive on that here. The way records are broken is changing by the minute, so we’re excited to have more requests for forgiveness, not a permission attitude in the building,” Kruchkow said.

+ Media in the stands hired Jessica Puchli as tour and festival director. Based in Los Angeles, she hails from Goldenvoice, where she oversaw publicity and some promotions for club and theater events in Southern California, as well as some regional festival properties.

“Touring has always been an essential part of our clients’ business,” said Grandstand co-founders Kate Jackson, Meghan Helsel, Dana Erickson and Lisa Gottheil. “It provides an important structure that we can use to extend the album lifecycle, build an artist profile, and support management teams in their desire to build a larger, more engaged audience. This, coupled with our growing list of festivals, prompted us to seek an expert in the field who could lead our in-house touring teams.Having interacted with Jess all these years, his attention to detail and marketing and press expertise as it relates directly ticket sales have made her the absolute best candidate for the job and we are thrilled to have her on board.

+ Recipients of 2022 Herb Alpert Young Jazz Composer ASCAP Awardawarding gifted jazz composers under the age of 30, were nominated by the performing rights organization. “These emerging voices are taking their music in new creative directions, and we deeply appreciate the Herb Alpert Foundation for helping to nurture the art of jazz with this enduring partnership,” said ASCAP President Paul Williams, thanking the Alpert Foundation for support which had the award renamed in its honor 10 years ago.

One of this year’s winners will be chosen to perform at the Newport Jazz Festival this summer. The judges for the 2022 competition were Fabian Almazan, Chuck Owen and Camille Thurman.