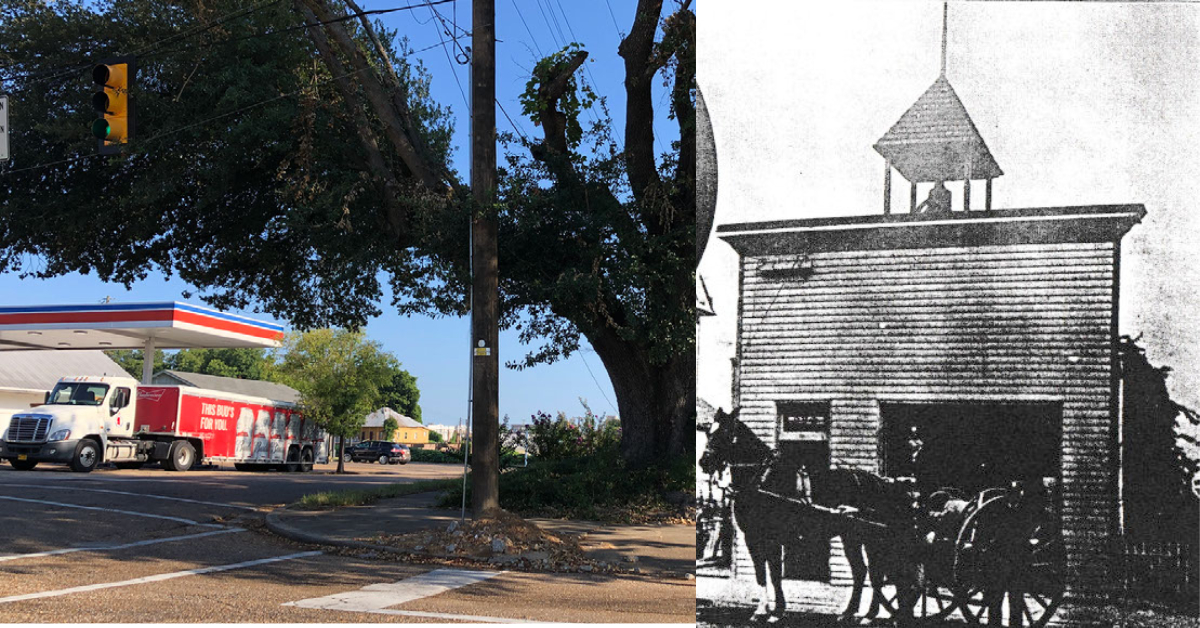 This fire station was built by J. Stuart Shaw for $ 360 on the north side of Belmont Street, west of Martin’s in Midtown, before Monroe Street extended to Belmont.

An article in the Vicksburg Herald for March 1891 reported that “the town decided to erect its South Vicksburg engine room on the north side of Belmont Street instead of the south, as strong objections were made to the latter location. while the former is supposed to be perfectly acceptable to all.

“The part of Monroe Street that it will occupy is unlikely to be open at any time as it is very close to the A and V rail cutoff.”

The street was leveled after 1902, however, with a section completed between the railroad and Belmont Street in 1907, leaving the fire hall to hang across the street. In 1902, the building housed a paid man, a horse and a hose reel with 550 feet of 2.5 inch hose. In 1907 there were two paid men, Captain Morgan Roberts and firefighter Louis Podesta, and 650 feet of hose.

One of the only articles to mention the station was from the Vicksburg Evening Post for July 8, 1908, which reported that “Joe Herold, the shortstop of the Vicksburg ball team, lost his mind in a game that was new to him. The boys at the Belmont Fire Station tricked him into holding a badger during a dog and badger fight. It was easy, and before he realized a joke had been put on him, he was in the midst of more trouble than he ever dreamed there could be in the world. The moment Morgan’s big bulldog saw the badger being held by Joe, business picked up and he found himself fighting both the dog and the badger, but eventually escaped through a window.

The fire station was demolished in September 1915 and the men stationed there were temporarily transferred to other houses, pending the erection of the “beautiful new central station which must be built”.