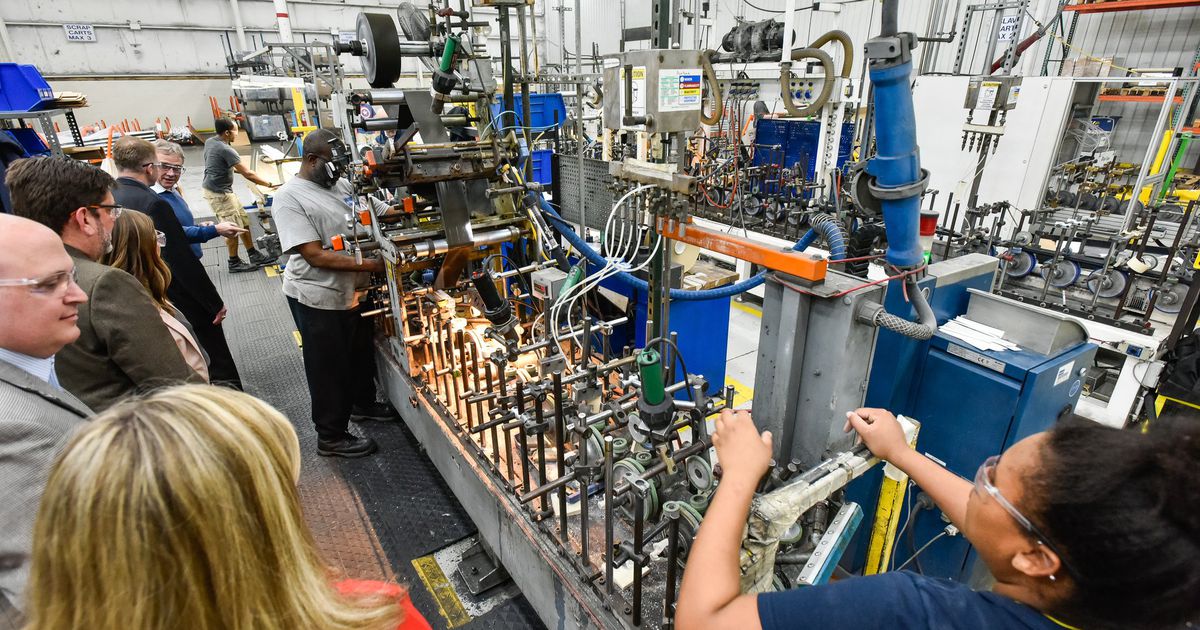 The company bought six extrusion lines this year, some of which started arriving this month and all of which are expected to be up and running by mid-year, Geeraert said. He also bought two rolling lines, both of which will be installed later this year, he said.

The workforce has been increased to accommodate rapid growth, with the total number of employees increasing from 350 in 2013 to 550 in 2017, with 100 of those positions added in the past 15 months alone, Geeraert said.

The company initially struggled with this growth before hosting a summer job fair that drew more than 200 people, he said.

In January, he increased the starting wage from $ 3 an hour to $ 16 an hour, which Geeraert said was “more than competitive for this region.” Employees are also now allowed to select the benefits they want, with denied benefits resulting in a refunded financial portion.

In December, the Tax Credit Authority approved a 1.35% seven-year job creation tax credit for Deceuninck due to the company’s expansion plan, paving the way for the creation of 85 full-time positions and the maintenance of 480 jobs. This means $ 4.5 million in new annual payroll and keeping $ 22.5 million in existing payroll.

“This year we are forecasting further (double-digit) growth, which means we will also continue to hire staff,” Geeraert said.

Rick Pearce, president and CEO of the Chamber of Commerce serving Middletown, Monroe and Trenton, said it was “exciting” to hear about the growth of Deceuninck.

“They are a world leader in the extrusion of vinyl for windows and door frames and that is a testament to their quality and commitment to their products,” said Pearce. “Clearly, growing their workforce will bring more residents to the Monroe area, which will increase the tax base.

“It also confirms that southwest Ohio is a great place for business.”

Geeraert said the company’s rapid growth is attributable to four elements: its dedicated “family of employees”, its ability to deliver a quality product on time and complete, its continued focus on innovation and its focus on innovation. on listening to its customers.

“We have a client council that meets twice a year to make sure we’re working on the right things, to make sure their needs are being met,” he said. “At the end of the day, the customer pays our paycheck every week, so if they’re not happy, we won’t have a customer.”

This year, Deceuninck will launch a host of new applications, including a next-generation commercial pressure plate for curtain walls and a fiberglass pultrusion product that is expected to replace commonly used aluminum.

“A lot of new things will happen in the next couple of years,” Geeraert said.