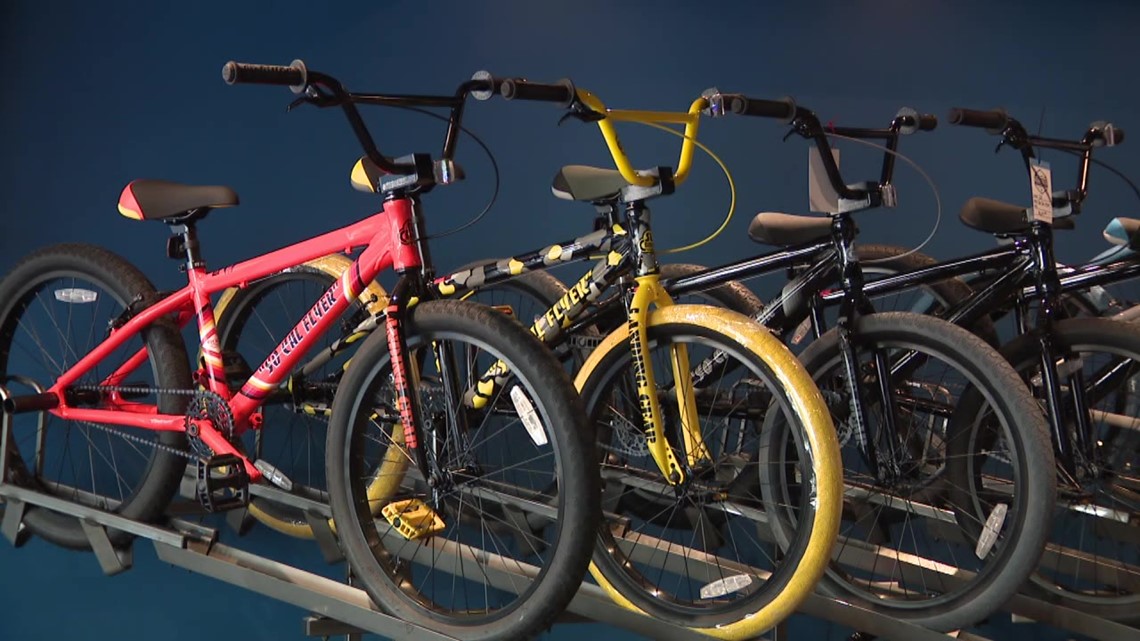 Pocono Bike Company on Main Street is still experiencing delays since the influx of bike orders throughout the pandemic.

STROUDSBURG, Pa. — If you ordered a bike from Pocono Bike Company on Main Street in Stroudsburg a few years ago, chances are it’ll be ready within days.

But what if you try to order one today that they don’t have in stock?

“Chances are they’ll be waiting, probably a year or more, for us to get it,” said George Halas, co-owner of the bike shop.

Halas says the bikes from his store were now ordered over a year ago during the pandemic. It was difficult to get them in and he doesn’t know when he will have more.

“It was a big boom for the bicycle pandemic,” Halas said. “Now it’s just a completely different way of doing business. It’s like a guessing game. You’re going to put in your store as much as you can. You don’t want to say no to inventory, but to at the same time, it’s risky.”

Pocono Bike Company has over 300 bikes in stock, the most the company has ever had. The owners say this is to hopefully meet the needs of their customers.

Halas says if you want a certain bike, you have to go out and get it now.

“We have a large supply right now. Chances are we can’t get you exactly what you want, but something pretty close,” Halas said. “I don’t know if that will be the case for the summer.”

Halas and its employees are gearing up for another busy season. He hopes as many people turn to the outdoors as they have throughout the pandemic.

We have some ideas for the Nancy Meyers Netflix movie