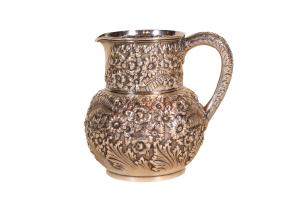 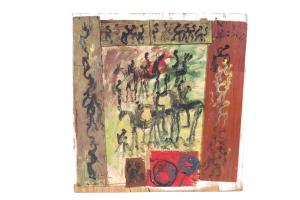 The auction features a mix of fine and decorative art from the 18th century to the present day, including a very rare selection of American photography.

The American Historical Photography Group includes what is believed to be one of less than half a dozen known sets of images documenting Liberty Bell’s 1915 transcontinental tour of the United States. This symbol of our nation’s freedom was an incredibly popular attraction at the turn of the 20th century. In fact, it’s been estimated that nearly 5 million people saw the bell on its train journey west, and an equal number saw it on its return trip to Philadelphia. Its popularity knew no bounds and this rare set of photographs is an exceptional historical archive.

There is also a collection of circa 1910 glass slides, negatives and magic lantern slides depicting various scenes in the Canadian Rockies. Some of the images appear in Benjamin W. Mitchell’s book, Trail Life in the Canadian Rockies. The sale also includes a large number of albumen prints of New York and its surroundings dating from around 1885. Many images and views have never been seen before and offer a rare glimpse into our past and the greatness of the golden age.

Not to be outdone, there’s a fine selection of 20th century negatives depicting two of America’s most beloved celebrities: legendary movie star Marilyn Monroe, from stills taken on the set of the 1954 film River of No Return, as well as negatives of the king of rock’n’roll, Elvis Presley.

The depth and breadth of fine art in this auction includes works from the 18th century through to the 20th century. Highlights include a wonderfully framed and expansive oil painting of a house on the Great Bay in Portsmouth, New Hampshire by Frank Henry Shapleigh. This work captures the grandeur of the New Hampshire coast at the end of the 19th century.

Walt Kuhn and Bernard Cathelin created beautiful floral still lifes, both perfect reminders of spring. Charles Camoin is represented by a Fauvist landscape. Giovanni Boldini is also presented with his oil titled The Music Lesson. There is also a superb watercolor by Juluisz Kossak of General Kosciuszko, the Polish-Lithuanian military leader who helped American settlers win the War of Independence.

For those who prefer more contemporary works, there are a few road signs by famous street artist ‘Banksy’, as well as a gem of a design by Keith Haring. Following on from our success with Haring’s untitled subway drawings, two are offered in this sale. The self-taught/outsider artist, Purvis Young is also represented in this sale with some paintings in the process of alienation from the NAMITS Collection.

Decorative arts are also an important component of the auction. Similar to fine art, furniture and art objects range from works created in the 18th century to the 21st century. Highlights include an early set of twelve German Rococo carved mahogany dining chairs, once in the collection of Esmond Bradley Martin, the great-grandson of steel magnate Henry Phipps.

For those who prefer American furniture, there is a set of five New York Chippendale dining chairs from the family of Cornelia Haring Jones (1741-1821) and Samuel Jones (1734-1819) of New York and Oyster Bay , Long Island. The sixth chair in this set resides in the Yale University Art Gallery. There are also some Samuel Yellin wrought iron pieces, which come directly from the family of one of the Yellin Metallurgy foremen.

If you prefer the Belle Epoque period, late 19th/early 20th century, this sale will not disappoint you. There are a number of pieces from a New Jersey collection which includes a superb selection of gilt bronze mounted Paris porcelains, French bronzes and Lalique glassware. Nicely complementing this material is a fine selection of silver from well-known manufacturers and companies from a Midwestern collection.

Real-time internet auctions and mail-order auctions will be provided by LiveAuctioneers.com, Invaluable.com, Bidsquare.com and the Nye & Company website: www.nyeandcompany.com. Telephone bidding will also be available on a limited basis.

People can bid in absentia and online. An online preview will take place from March 30 to April 13 at www.nyeandcompany.com, www.liveauctioneers.com, www.bidsquare.com and www.invaluable.com. Anyone looking for additional images, condition reports, or item information is encouraged to visit the Nye & Company website or email [email protected]

John Nye had a long and successful career at Sotheby’s before he and his wife, Kathleen, acquired Dawson’s in 2003 and founded Dawson & Nye. With the move to Bloomfield seven years later, they renamed the business to Nye & Company (Auctioneers, Appraisers, Antiques). The business is nationwide, but the vast majority of the business comes from trusts and estates in the tri-state area.

For more information on Nye & Company Auctioneers and the online auction of chic and antique treasures scheduled for Wednesday, April 13, visit www.nyeandcompany.com.


EIN Presswire’s priority is source transparency. We don’t allow opaque clients and our editors try to be careful not to weed out false and misleading content. As a user, if you see something we missed, please bring it to our attention. Your help is welcome. EIN Presswire, Everyone’s Internet News Presswire™, attempts to define some of the boundaries that are reasonable in today’s world. Please see our editorial guidelines for more information.

Marty Brown inducted into the KY Music Hall of Fame