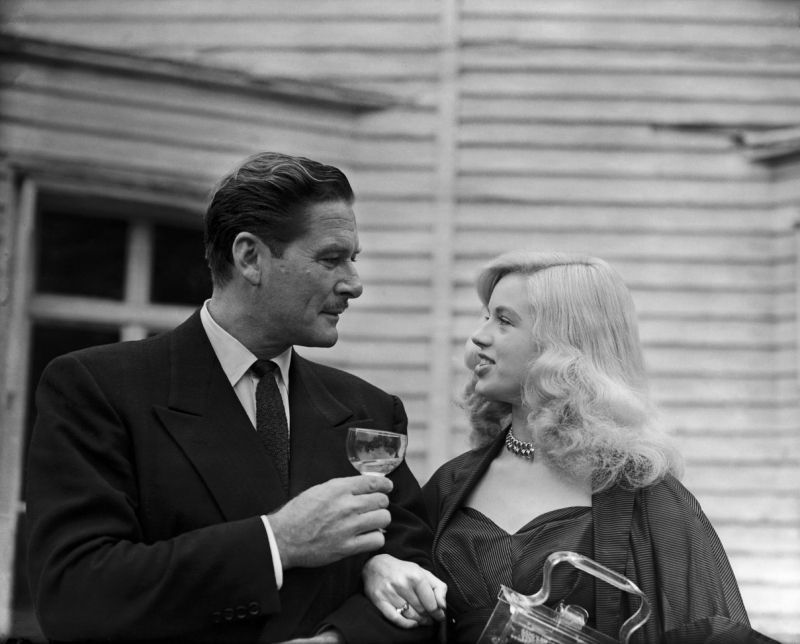 Founded in the early 1930s by Ardwick filmmaker and entrepreneur John E. Blakeley, the filmmakers’ first studio was housed in a loft above a busy taxi garage.

They had to tell the mechanics downstairs to stop working while they were spinning so the noise wouldn’t spoil the movie soundtrack!

This sometimes resulted in scenes being shot in low light to mask the lack of a proper set. Often, only one spotlight was trained on the artist being filmed.

Despite these flaws, Blakeley’s debut film Boots! Boots! made in 1934 proved a huge success – especially in the north.

Within a decade he had become Britain’s highest paid film star, always accompanied by his favorite ukulele or banjolele.

Boots! Boots! was a series of songs and jokes built around hotel shoe shiner John Willie, played by Formby.

His problem was that he couldn’t match the pairs of shoes, much to the dismay of management.

All is well, however, when Formby sings in front of hotel guests, impresses his bosses, and declares his love for the heroine Snooky played by his real wife Beryl.

It was even reissued in 1938 to take advantage of Formby’s burgeoning fame.

Betty Driver, who played bartender Betty Turpin (famous for her hotpot) on the street from 1969 to 2011, played a minor role.

Formby was back as John Willie in the 1935 film Off the Dole, still with his wife Beryl.

Stripped of his moonlighting allowance, Willie ends up running his uncle’s detective agency – with disastrous results.

It was around this time that Mancunian Films, which started as Blakeley’s Productions Limited, changed its name to Mancunian Film Distributors.

The company kicked into high gear in 1947 when Blakeley spent £70,000 to create the best state-of-the-art film studios outside of London in a former Wesleyan chapel on Dickenson Road.

It was here that he made the first Manchester-made film, Cup-Tie Honeymoon, starring Pat Phoenix and radio comedian Sandy Powell, in 1948.

The film tells the story of a businessman’s son (Powell) who is forced to choose between playing for his father’s team and his rivals in a major football game.

The Fallowfield Phoenix actress became a soap opera icon playing the combative Elsie Tanner on Coronation Street from the first episode in December 1960 until 1984.

The Salford-born actor played workaholic Stan Ogden from 1964 to 1984, forming a brilliant partnership with Hilda Ogden played by Jean Alexander.

It featured the Rogers family, who became favorites in the Blakeley films, staying at a haunted hotel.

He was prosecuted on four counts of obscenity in 1952 and once threw his false teeth at a hostile audience.

Blakeley continued to cast Randle in his films, even though he was widely seen as a subversive.

He starred in Somewhere in Politics in 1948 and School for Randle in 1949.

Billed as the English Marilyn Monroe, Dors was already well known for her films Worm’s Eye View in 1951 and The Last Page in 1952.

Described as a slapstick, It’s a Grand Life was a series of sketches about military life in the Essex Regiment with Randle playing a private and Dors a corporal.

A wrestling match was incorporated into the plot to include popular 1950s grappler Jack Pye.

After Mancunian Films, BBC TV moved to Dickenson Road studios in 1954 and recorded a number of variety shows there.

They ranged from Harry Worth comedy shows to the first Top of the Pops show in 1964.

The studios were demolished in 1975 when BBC operations moved to New Broadcasting House on Oxford Road.

Get all the latest news, updates, things to do and more from your local InYourArea feed.

Material from Wednesday’s edition of MEN DDiscover more fascinating photos and nostalgic features from Manchestersee the MEN on WednesdaySaturday and Sunday or visit MEN Nostalgia.

If you would like your images of Manchester and the Greater Manchester area to be featured on InYourArea.co.uk head towards our Memory Lane function and share them there, or email us at [email protected]

* iNostalgia’s latest book Manchester Then and Now – is on sale now. It is an essential compilation of images from yesterday and today which appear every Sunday in the MEN.