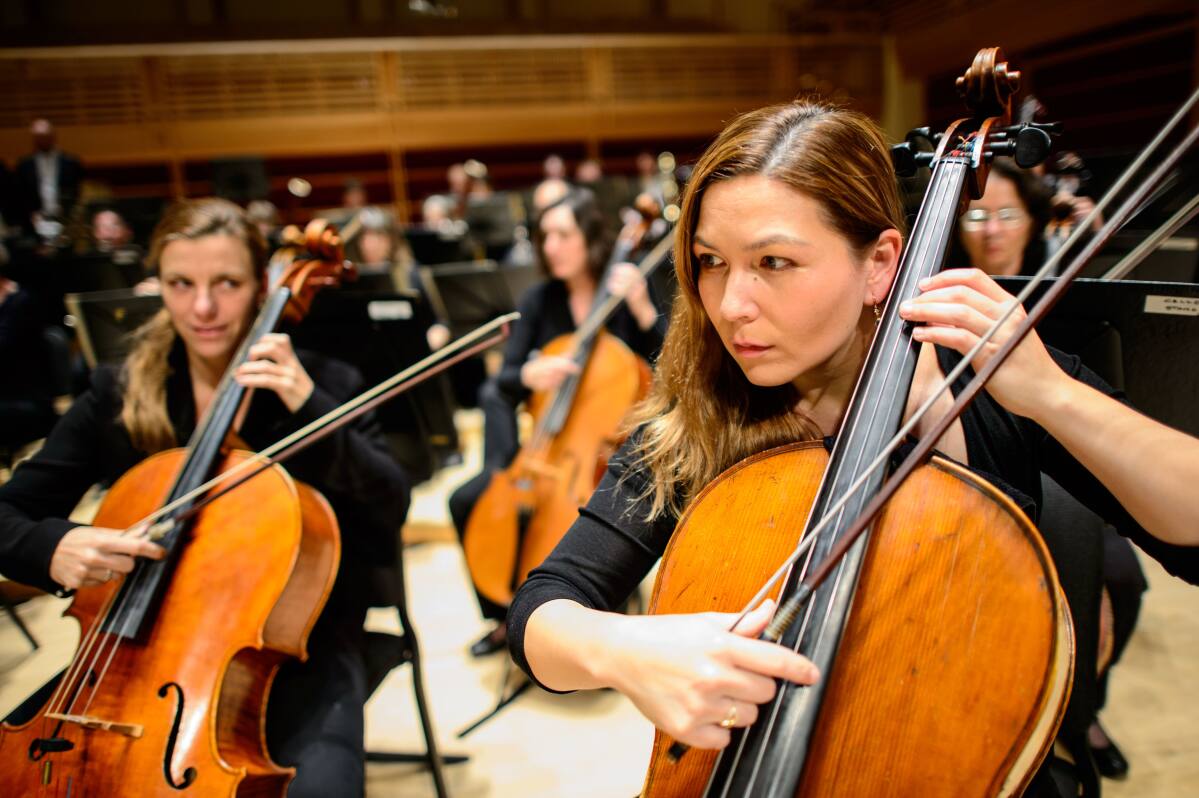 When the Santa Rosa Symphony Orchestra performs its penultimate concert of the season this weekend, it will launch a four-year project that fulfills two long-term dreams of music director Francesco Lecce-Chong.

The “Rach & the Hollywood Sound” program will not only highlight Russian composer Sergei Rachmaninoff’s rarely heard symphonic works that are often overshadowed by his other works, it will also feature the serious music of many Hollywood film composers.

“This four-year project will be the first time there will be a Rachmaninoff cycle in Santa Rosa,” Lecce-Chong said. “I did some research and it looks like this is a first for the Bay Area as well.”

The Symphony will present Night at the Movies Saturday-Monday March 19-21 at the Green Music Center, featuring Nino Rota’s ballet suite from Fellini’s 1954 classic film “La Strada” (“The Road”) and “Since the Other Place”, composed in 2014. Rachmaninoff’s Symphony No. 1 will close the program.

“I wanted to have them as bookends…the early days of Hollywood, then where we are now until that evocative sound for the orchestra,” Lecce-Chong said. “Guǒnadóttir is still revolutionizing film music in general.”

“He wasn’t involved with Hollywood, and yet his music had such an influence on Hollywood,” Lecce-Chong said. “He used the orchestra remarkably well and just told stories and conjured up ideas.”

About 50 years ago, there was no distinction between film composers and classical composers, Lecce-Chong said. Classical composer Igor Stravinsky was desperate to write for films, but he was repeatedly rejected. During this time, Rachmaninoff had no interest in composing for Hollywood, but he left a lasting mark.

Since 1929, more than 200 film and television soundtracks have featured his works, including 1955’s “The Seven Year Itch” with Marilyn Monroe, 1993’s “Groundhog Day” with Bill Murray, and 1996’s “Shine” with Geoffrey Rush.

Lecce-Chong plans to continue the four-year project in subsequent seasons by presenting Rachmaninoff’s Symphonies Nos. 2 and 3 and his “Symphonic Dances,” perhaps the most frequently performed among his major orchestral works.

The popularity of Rachmaninov’s Second and Third Piano Concertos and his “Rhapsody on a Theme of Paganini” can be blamed for the relative obscurity of the composer’s major orchestral masterpieces, Lecce-Chong said.

“It’s a logical thing, because yes, these piano concertos are amazing, but they’re pushed in our face,” Lecce-Chong said. “He was an incredible orchestrator. … So this will give Rachmaninoff and the orchestra a chance to shine.

This weekend, the conductor is looking forward to conducting Rachmaninoff’s Symphony No. 1, which has a tortured history as a juvenile, overambitious piece the composer wrote for his degree.

“It’s incredibly difficult, and it’s on an epic scale,” Lecce-Chong said. “(Alexander) Glazunov was supposed to have conducted, and it looks like he was wildly drunk, so this brilliant, young composer finds himself with a complete flop, gets raked over the embers, and loses faith in himself.”

It took Rachmaninoff three years and many therapy sessions to find the courage to write again. But he came back strong with his most popular piece, the Piano Concerto No. 2.

Lecce-Chong plans to cast aside restraint and “just dig in” with the risque Symphony No. 1, from its devilishly difficult sections to massive, climactic moments.

“You just have to pounce on it,” he said. “That’s why people try to avoid it. You can’t put it in a box and control it. Beautiful chaos cannot be controlled.

The exaggerated end of the work, with the orchestra stopping abruptly and the sound of a huge gong, offers the visceral spectacle of a cinematic climax. And if musicians try to make that sound normal, Lecce-Chong said, it just doesn’t work.

“There’s a reason we come to the edge of the cliff, and there’s just this gong ringing,” he said. “It’s those moments that make me love this piece.”