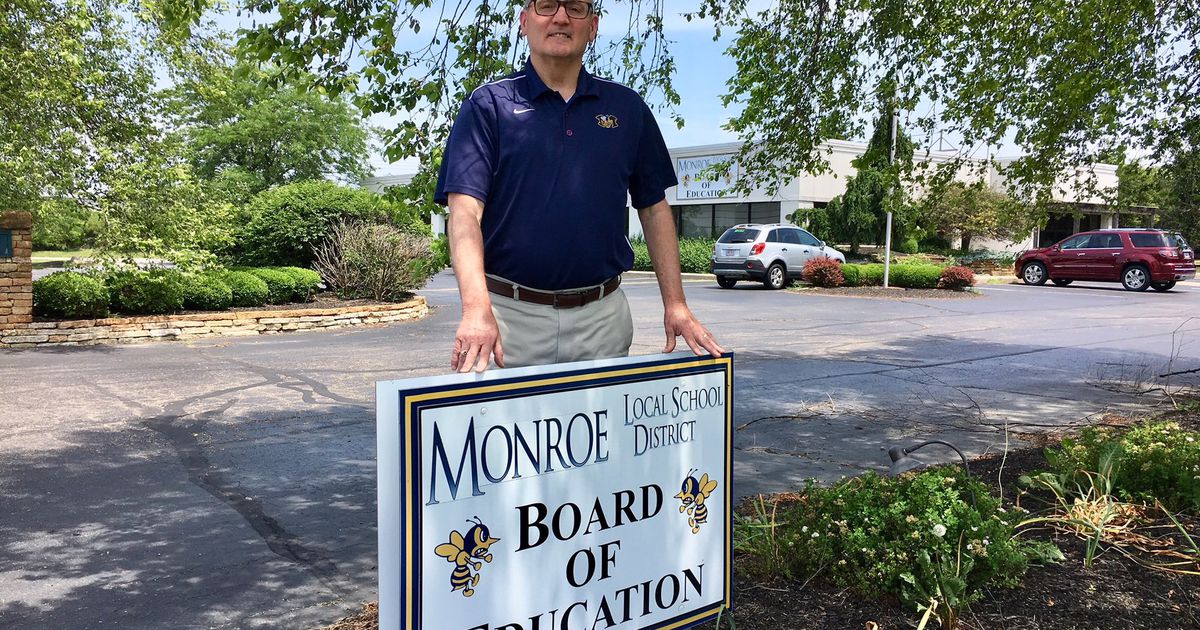 “My six grandchildren,” Cagwin said. “They are my motivation for retiring.

He has taught and directed school buildings and districts through some of America’s less than successful reforms once in vogue, including the switch to the metric system, the adoption of Esperanto – created to become a new international language – and classrooms without walls, which have literally removed the walls between classrooms in some buildings.

And he said, “I wish I had seen more parental involvement” in the education of some children in recent years.

While he remains vigorously optimistic about the future of Monroe Schools – and American public education in general – he is also concerned about the looming shadow of threats to school safety.

“Schools are now trying to become tough targets,” Cagwin said in reference to the accelerated pace of protective additions to school buildings.

“This (school safety) has definitely been a paradigm shift,” he said.

Cagwin made his own paradigm shift from Monroe when he agreed in 2012 to come out of early retirement and led the struggling school system that was one of the few at the time in Ohio to have fallen into a state-ordered fiscal emergency.

Typically, he credits others for the payback.

The district school board – then and since – has been “the best I’ve ever worked with,” Cagwin said.

Together, Cagwin – and the board that hired him – cleaned up the school’s insolvency with budget cuts, program and staff cuts, and the successful persuasion of local taxpayers to raise their school taxes to better fund. the district of 2,900 students.

Monroe Board of Education chairman Brett Guido thanks Cagwin for bringing the district out of the brink of financial free fall.

“Phil came to Monroe during tough times, when we needed someone who was experienced and who could make everyone feel like everything was going to be okay. He did that and more, ”said Guido.

“He handled the hardships we have experienced as a district and community this year with grace and compassion. We couldn’t have been through all of this without his leadership, ”he said.

And, said Guido, “he brought a personality that engaged the staff, the community and the school board. It’s rare that someone can get the support of all three. It has been an absolute pleasure to work with him and he is a really great guy.