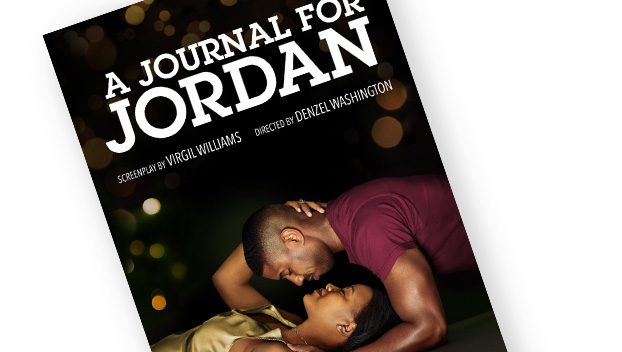 A song created in collaboration with conservative Philadelphia rapper Christopher “Topher” Townsend will be featured in a film directed by Denzel Washington called “A Journal for Jordan” which opened on Christmas Day.

Townsend said having the song called “I Left My Home” in a movie is a highlight of his career.

“Don Kennedy, the vice president of music licensing for Sony Pictures Entertainment emailed me and informed me that they were using ‘I Left My Home’ in ‘A Journal for Jordan’,” said Townsend. “I’m more than excited and hope everyone will watch this movie.”

“A Journal for Jordan” tells the story of Sgt. Charles Monroe King, when deployed to Iraq and begins to journal of love and advice to his toddler son, Jordan.

Townsend’s song appears when King hums “I Left My Home” to his baby.

“I Left My Home” is the result of a collaborative effort between Townsend and MJHanks, a popular musician on TikTok, and The Marine Rapper, a hip-hop artist from Hollywood, California.

“MJHanks made a TikTok with lyrics from songs that went viral, and then I made a TikTok with lyrics that I wrote in response to his video, and that also went viral,” Townsend said. “People liked our videos and wanted a full song. The Marine Rapper was involved because he was already working with me since we have a group called Space Force with artist D. Cure on Spotify. We released the audio version of the song in September of this year.

Townsend recalled preparing to perform for the BLEXIT Foundation in St. Petersburg, Fla. On Nov. 3 when he received an email from Kennedy about the song’s licensing for Sony Pictures Entertainment. .

“Mr. Kennedy told us they were using ‘I Left My Home’ in the movie and they wanted to make sure they got the rights to the song,” Townsend said. “It’s amazing. I have been making music for 20 years and have always wanted to be in entertainment. I did not present my music to anyone, and Sony contacted me, not the other way around. I’m so excited and want everyone to see this movie.

Townsend said the film’s story was particularly relevant to him as he served in the Air Force for six years, retiring as the E-4 Senior Airman. He said that D. Cure was also in the Air Force, and that The Marine Rapper was indeed a US Marine.

“I’m starting to tell people I’m living my dream,” Townsend said. “I am so happy and want to give back. I am donating blankets and other trinkets to the Neshoba General Care Home this year.

You can visit tophertown.com or listen to “I Left My Home” on YouTube, Spotify, Pandora, and Apple Music.

Their relationship began in the schools of Monroe. Now they will retire together