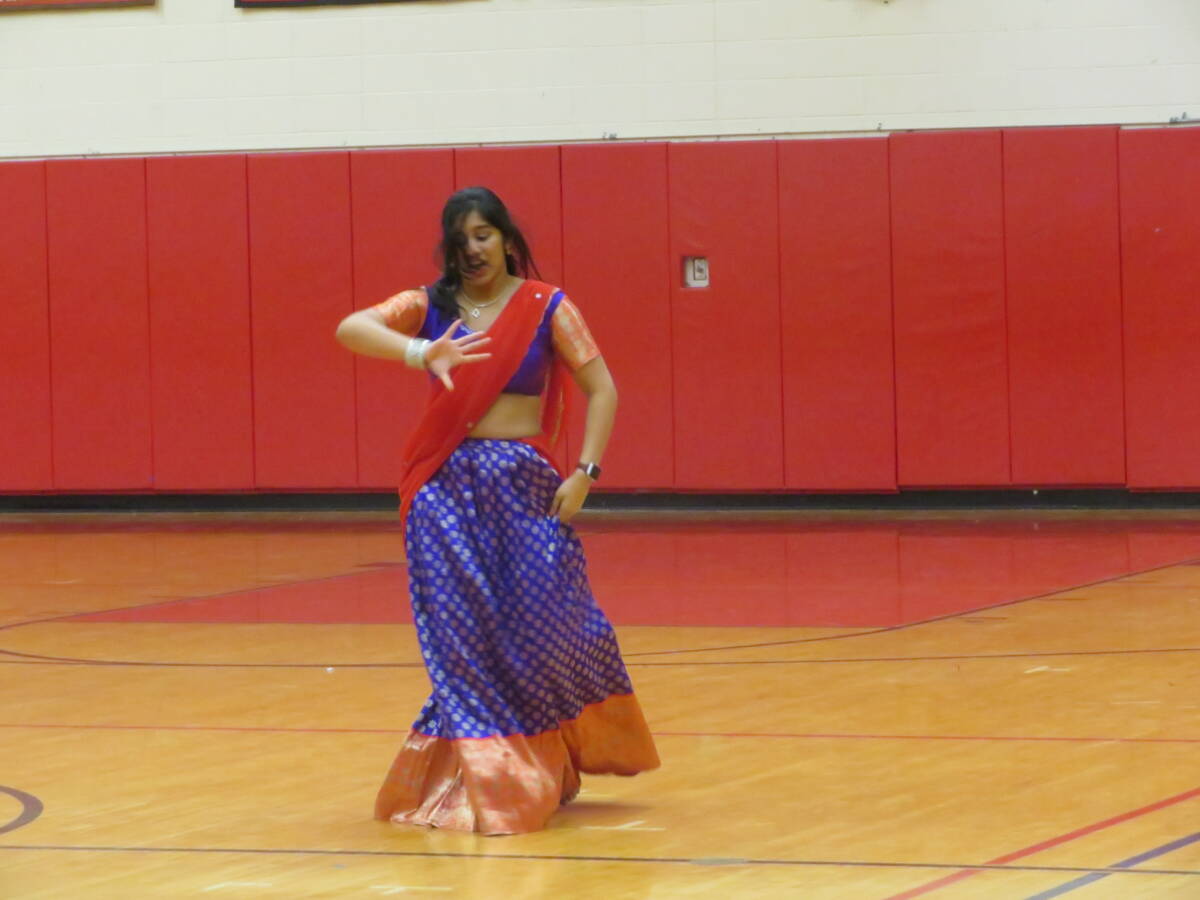 MONROE, CT — Students crowded into the stands inside Masuk’s gymnasium on Friday afternoon to watch their peers share their cultural backgrounds through live Guatemalan music, Indian dance and other entertainment.

The high school cafeteria was adorned with flags, students sat at booths representing nearly 20 countries for flexible times to share their ethnicity, and school chefs John Hoyt and Donna Lopiano prepared food traditions around the world.

“It was great to see so many kids willing to try new foods,” said Iga Leszczynska, a French teacher at Masuk, “and the food was excellent.”

Leszczynska wore a dress from her native Poland on Friday as she sat in the front row of the stands. She organized the annual event with Ian Lowell, professor of history and social studies, and Joel Castillo, professor of Spanish.

“It was amazing,” Leszczynska said with a smile of the level of student participation. “The children were so respectful of other cultures. This is something very valuable and positive to do, as it increases cultural awareness. »

Inside the cafeteria, students decorated their stalls and brought in artifacts, traditional clothing, coins and sweets, according to Leszczynska. They also prepared interactive activities for the public.

“They were very creative with that,” Leszczynska said. “Some of the activities they offered were henna tattoos, language matching games, and writing names in Hebrew.” 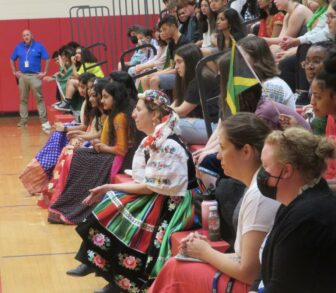 The event was open to the whole school, although she said most sophomores and juniors attended the fair.

“All the students volunteered,” she said. “We needed to organize over 1,000 students. They wanted to do this. The participating students were part of the Peer Membership, French and Spanish clubs.

Leszczynska said parents from the community also contributed to the Cultural Fair.

The fair began in the cafeteria at 10:05 a.m. and continued for three lunchtime waves, before the festivities moved to the gymnasium for shows and dancing at noon.