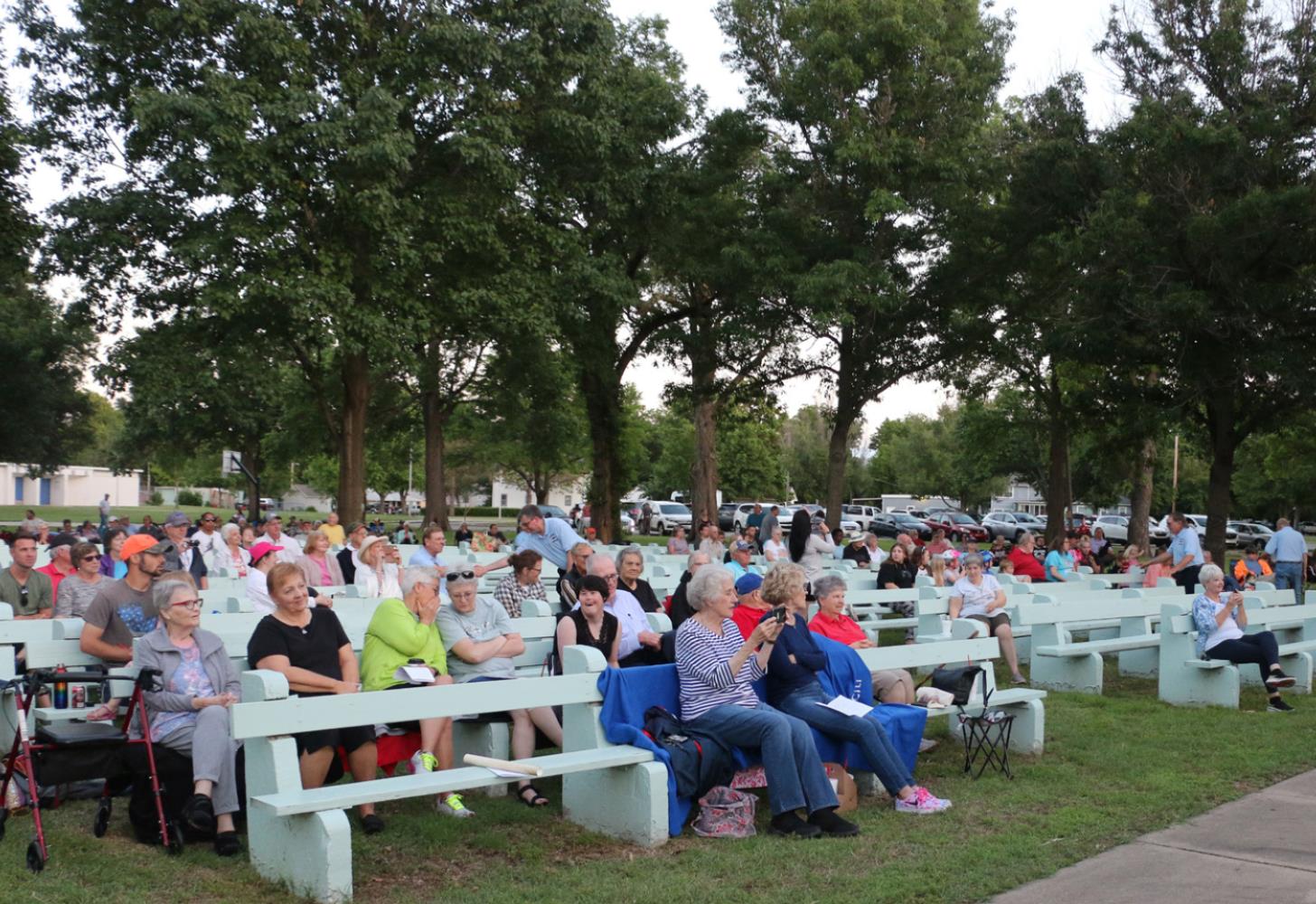 By Keith West Special for the Times-Gazette

Forest Park was filled with music last Thursday as the El Dorado Municipal Band kicked off its summer season with a gala concert. 2022 marks the group’s 100th consecutive season of performance.

Before the concert, band members, city leaders, former EDMB directors and special guests were treated to a burger prepared by the El Dorado Red Devils.

In commemoration of the 100th consecutive performance season, the band commissioned Oklahoma’s Ed Huckaby to compose “Fanfare for El Dorado”, which received its world premiere at the concert. Dr. Huckaby has also served as a conductor; he has led a variety of bands over the years, as well as being a prolific composer of band literature.

The rest of the concert was devoted to the directors of current and former groups linked to the EDMB. Each surviving director chose a musical selection and conducted it during the concert. Returning gig directors (and years of service to the band) included Doug Talbott (1978-87), Paul Howe (1988-89), Bill Olsen (1991-92), Kevin Monroe (1990, 1993-2011 ), and Steven Wilson (2012-17). They joined current EDMB directors Brett Martinez, Kelly Middleton and John Templin.

One of the highlights of the evening was the performance of “Come Sunday” by Duke Ellington, featuring local saxophonist Lynn Harrington and conducted by John Templin. The concert ended with another of Ed Huckaby’s compositions “March of the Roughnecks”, also conducted by Templin.

The El Dorado Municipal Band’s 2022 summer season will continue through July 28, with most concerts Thursdays at 7:30 p.m. at the Forest Park band shell. June 14 at 7 p.m. will be the annual Flag Day concert, and on July 22 the band will travel to Wichita as a guest ensemble for the Kansas Bandmaster’s Association annual conference. Each local concert will feature a treat for the public, in addition to beautiful music from local musicians. For more information, visit the City of El Dorado website under the Community tab or go directly to http://www.eldoks.com/549/El-Dorado-Municipal-Band .