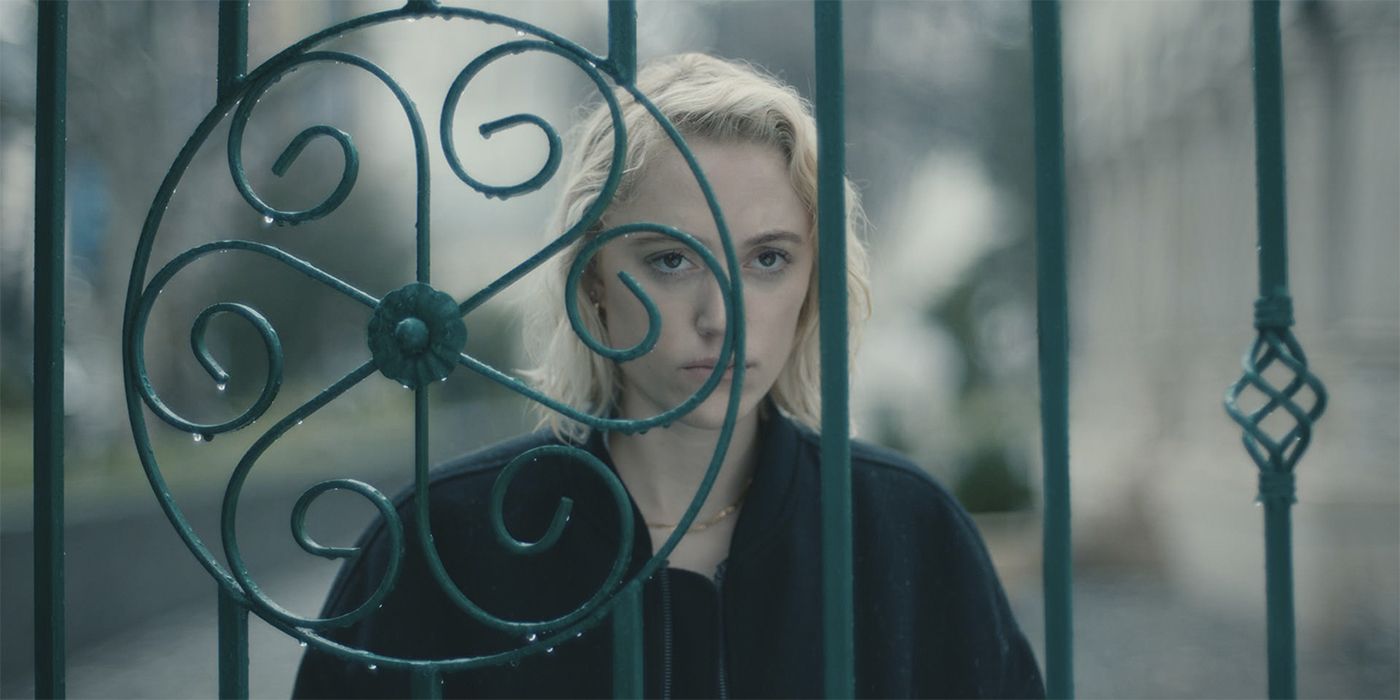 There’s nothing more totally isolating than moving to a country whose language you don’t speak. Not only is the idea of ​​starting from scratch daunting, but when the ability to communicate is removed, it can be debilitating. Even worse is when you can’t tell the people around you how scared you are or when those people don’t take the fear seriously. Such are the struggles of Julia (Maika Monroe) in Observer.

Julia uprooted from the familiar to the foreign but beautiful city of Bucharest with her husband, Francis (Karl Glusman), for his new job. As an actress, she has put her career aside for the move and often spends days alone in her apartment while Francis spends long hours at the firm.

COLLIDER VIDEO OF THE DAY

Come in, spider. While walking the streets at night, Julia and Francis come across a crime scene with authorities and a body. They later discover that a woman has been brutally killed – almost beheaded – by a serial killer named The Spider. For any woman who lives alone or spends time alone, the thought of a roving serial killer in her neighborhood is literally a nightmare scenario. Things take a turn for the worse when Julia feels like she’s being watched while she’s at home.

Director Chloe Okuno (known for the “Storm Drain” of V/H/S/94) is an expert in building suspense, terror, and paranoia that seeps into Julia’s life. Although she takes control of her agency, actively pushing to call the police and investigate the building across the street, the police and Francis are unconvinced of her concerns. They consider her a hysterical woman and converse in Romanian knowing that she does not understand the language.

Francis de Glusman initially appears to like it, but quickly his presence is soured by his lack of belief in his wife’s true fears, culminating in a moment when he even rudely jokes about it to his co-workers in front of her. But Julia is not an idle victim. When confronted by the strange observer across the street (Burn Gorman with a scary demeanor but a less scary Romanian accent) she trusts her instincts.

Zack FordThe storyline highlights the conversations between women who are victims of harassment or obsessions and the people around them who don’t take their fears seriously. Her only ally is her neighbor Irina (Madalina Anea), who speaks English and gladly keeps her company, but even Irina isn’t so sure Julia’s fears are true. It’s Julia’s word against a man who just seems like the target of an American girl’s antics.

As the suspense builds and new coincidences set in, Okuno builds on the terror that Julia feels. Despite the vastness of her apartment, she is a prisoner of claustrophobia. Floor-to-ceiling windows turn her house into a Petri dish for her stalker, in a kind of reverse Back Window situation. Julia is the embodiment of a real fear that women have and although she reaches an extreme in the film, this fear should not be ignored.

Observer is a cautionary tale against those who might view a woman’s instincts as irrational or overly sensitive. It’s an “I told you so” to skeptics and gaslighters who call the victims’ stories tragic. Okuno certainly doesn’t show us anything we haven’t seen before, indeed these stories are unfortunately all too familiar. But skill doesn’t make horror forgiving. Julia’s terror is something we distinctly feel. Monroe, someone familiar with the horror genre, is perfect as our hero who is both determined and terrified. Okuno and Ford paint a vignette of real nightmares in Observer, and it’s hard to take your eyes off it until it reaches its final conclusion.

Observer premiered at Sundance this week and is seeking distribution.

Nick Cassavetes’ new film is currently in its sixth week of production.

Thérèse Lacson (her) is a writer for Collider. You can also find his work at Comics Beat and Nerdophiles.