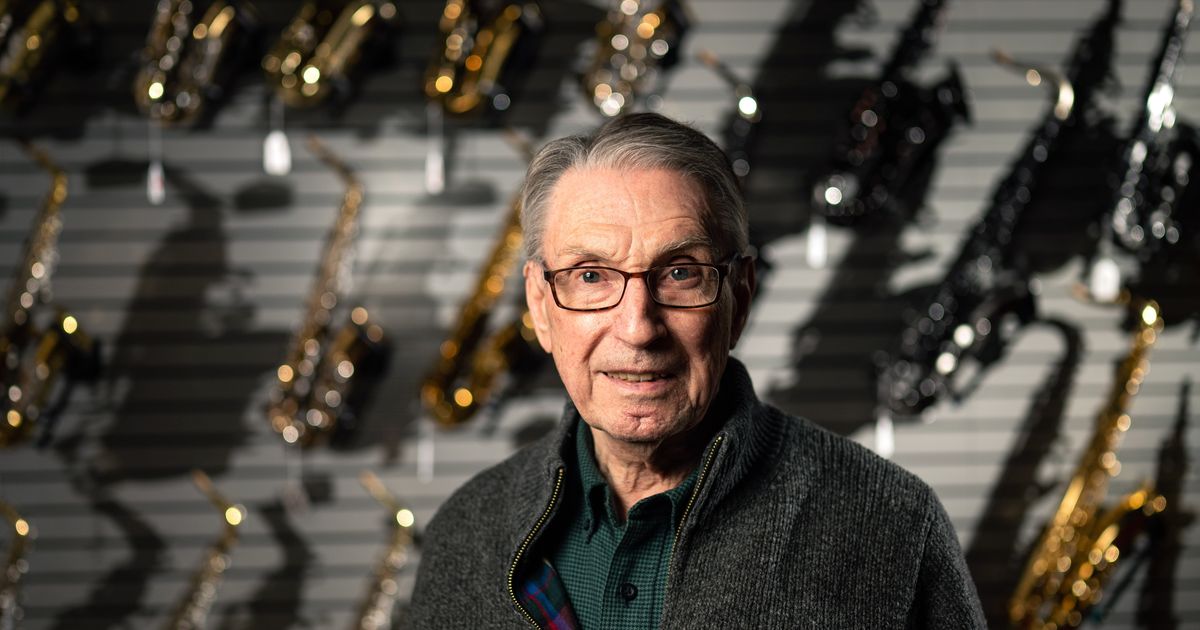 ‘It paid off’: Earl Smith, president of Hoffman Music at Spokane, looks back on decades-long career

An aptitude test Earl Smith took while at North Central High School suggested he would excel in two areas: mechanics and music.

The Spokane native can recall how the two, from a professional standpoint, seemed like a strange couple at first – at least until a test admin came up with an idea.

“It was almost jokingly that the interviewer suggested, ‘Well, why not put them together and study musical instrument repair? “,” Smith said.

This is exactly what Smith did for more than seven decades at Hoffman Music in Spokane.

The elder Smith has worked at Hoffman for 71 of the company‘s 113-year history, although his affiliation dates back beyond his career.

While Smith remembers how big sellers accordions were as a child in the early 1940s, his interest in music began with the trumpet. It was inspired by the North Central High School Marching Band; without access to a proper rehearsal space, the group often rehearsed while walking around their neighborhood, Smith said.

“The (marching) band was a powerful bunch with everything they played,” Smith said. “Like most bands, the dominant thing is the melody, and of course the trumpet is one of the dominant instruments in the melody. It was the sound of the instrument I had in mind, so that’s what got me started.

Smith said he got his first instrument – a bugle – around the age of 9. His first trumpet followed soon after, which led a childhood friend to suggest lessons at Hoffman Music.

Smith remembers how he took classes at Hoffman until his early days at North Central High School, where he then took classes with then-group principal Lowell Bradford. He said he also attended all of the music workshops available, including walking, concert, orchestral, pep and jazz groups.

“I really enjoyed everything I did around any music,” he said. “I should have found more time for academics, but I was too busy making music. But it’s OK. It paid off.

Until then, Smith’s work experience had consisted of mowing lawns, shoveling sidewalks, and other odd jobs in the neighborhood. However, he was interested in finding “real work” as he neared graduation, Smith said.

All the while, the results of the aptitude test remained etched in his mind.

Hoffman made logical sense, he said. After all, he went there often and knew a lot of people there. So he asked co-owner Bill Grafmiller, who was then head of the Hoffman Group’s Instruments Department, about a job.

Smith said he started out part-time sweeping the store, cleaning the horns and various other tasks. It grew over time with a sort of apprenticeship that taught him sales, customer service, and how to repair virtually any band and orchestral instrument, he said. He joined full time around 1950.

“I have to say that I have been totally and completely happy every day,” Smith said. “The experience I have had working side by side with tuners and piano technicians etc. and meeting many professional musicians passing through and entering the store.”

Smith started working at the store when Hoffman was located on West Riverside Avenue.

The store has moved several times, moving around 1990 to its current location on North Monroe Street. The company also has a separate location on West Sharp Avenue for services and installation of sound and public address systems.

He became part owner in the 1970s when the company was officially incorporated. Some notable professional musicians he says he has met over the years through Hoffman Music include trumpeters Harry James and Doc Severinsen.

Guitars have always been the mainstay of the store’s sales, he said, while the popularity of other instruments and genres has grown and declined over the years. Nowadays, saxophones are quite popular, he said.

“Music touches everything and everyone,” Smith said. “Some in different ways.”

Smith and his wife, Myrtle, had two children, Allan and a daughter, Carol. Myrtle Smith died in 2017.

In addition to being a co-owner, Allan Smith is responsible for Hoffman’s Tape Department and Tape Repair Shop. He worked at Hoffman from the mid-1970s to the mid-1980s, starting as a janitor in what was a career similar to his father’s.

He left for other companies, but returned in the late 1990s after realizing that working at Hoffman was “what I wanted to do,” said Allan Smith.

“Anyone who ever worked for Hoffman’s, the only person they always remember works for my dad,” he said. “He has more patience than anyone I know. I continue to hope that the longer he is there, the more this patience rubs off on me.

“He’s a hard worker, but at the same time, it’s fun work. You don’t feel like you’re going to work, ”he added. “It’s also a job where there are a lot of people who have worked there and have been there for a long time.

Tom Schager, a local professional musician who worked for Hoffman for a few years in the early 1970s and knew Earl Smith over the years through other endeavors, described the Elder Smith as “one of the true icons. From the recent history of Spokane.

“There is no one else like him,” Schager said. “He’s more experienced than any individual I know, at least who’s still working. There were a lot of great people in Spokane who were involved in their own music stores or had their own music business, but he was the one who survived it all. He’s absolutely # 1 for me.

As for the elder Smith’s musical career, he decided to stop playing the trumpet when COVID-19 hit.

Smith said he was still active in several groups in the region before the COVID-19 pandemic, when pandemic restrictions closed any potential outings for those groups. On the business side, Hoffman Music was able to reformat stores in the months Hoffman was closed last year due to pandemic restrictions.

He was ready to retire from the game, anyway, he said.

“I knew I wasn’t going to play for a while,” Smith said. “As a trumpeter you have to play almost every day. To be a runner or weightlifter, it is not enough to sit down and, two or three months later, to come and take back your weights. Some guys do, but I don’t.

Scheduled to turn 90 in October, Smith said he had no specific plans for his future with Hoffman Music – other than planning to stay.

“Until they are fed up with me,” he joked. “My health is good. I have a lot of energy. I am here almost every day. I’m just happy that I can do what I’m doing and enjoy it.

George Washington film is filming in Lawton this week