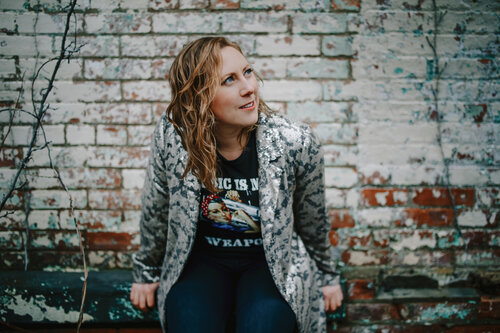 TROY, NY – The Cultural Affairs program at Hudson Valley Community College will offer a mix of musical genres during the Spring 2022 semester that will feature concerts by a handful of the area’s best-known and newest bands and musicians. the capital. Plans call for each program to be presented in person at the Bulmer Telecommunications Center on the Troy campus, as well as broadcast live from that location. The live stream link for each program is available at www.hvcc.edu/culture. The next one-hour concerts – open to all – are:

Led by singer/songwriter and fiddle virtuoso Sara Milonovich and featuring Greg Anderson on guitars and Boo Reiners on banjo, guitar and lap steel, Daisycutter fuses bluegrass, indie roots-rock and alt-country for the greatest fan delight. Hudson River Valley. “Northeast,” the band’s third album, was nominated for the 2021 Capital Region Thomas A. Edison Music Award “Album of the Year.” “Waiting For The Stars,” the long-awaited sequel to the band’s self-titled debut album, was released in 2016. That same year, Milonovich founded Rootstock, a music festival to support the next generation of Northeast farmers.

Quintocracy, a wind quintet based in the Capital Region, is rooted in the belief that music is for everyone. Classical music should not be limited to traditional settings, and the music around us should be as diverse as the culture in which we live. Through interactive concerts highlighted by superb artistry and engaging commentary, the band is breaking the dusty mold of classical ensembles while winning fans. wherever they occur. Quintocracy features Melanie Chirignan on flute, Sue Daves on bassoon, Michael Dee on clarinet, Kelly Lockwood on oboe and Kathryn Svatek on horn.

Up-and-coming Saratoga Springs-based singer-songwriter Reese Fulmer describes himself as a “new soul,” but his songs tell a different story. With a clear eye, a poetic touch and a unique vision, Fulmer writes lyrics and music that are a conduit to something much older and deeper. He and his bandmates – Andy Arnold on electric guitar, James Gascoyne on bass and lead vocals, and Chris Carey on drums, keyboards and vocals – are eager to share the music on “It’s All A Dream.” , their first EP released in November. 2021.

Jim Gaudet and the Railroad Boys deliver a mix of bluegrass and rockabilly reminiscent of Hank Williams, Earl Scruggs and Bill Monroe. Add a little storytelling and a dash of local humor, and it’s impossible not to have a great time. HVCC programming: Gaudet, guitar and vocals; Bobby Ristau, double bass and backing vocals; Sten Isachsen, mandolin and backing vocals, with special guests Tucker Callander on violin and Richie Pagano on piano. The group has just released a new album, entitled “Hillbilly Rock n Roll”.

Visit www.hvcc.edu/culture for the live access link to each event.
Contact Debby Gardner at [email protected] for more information.