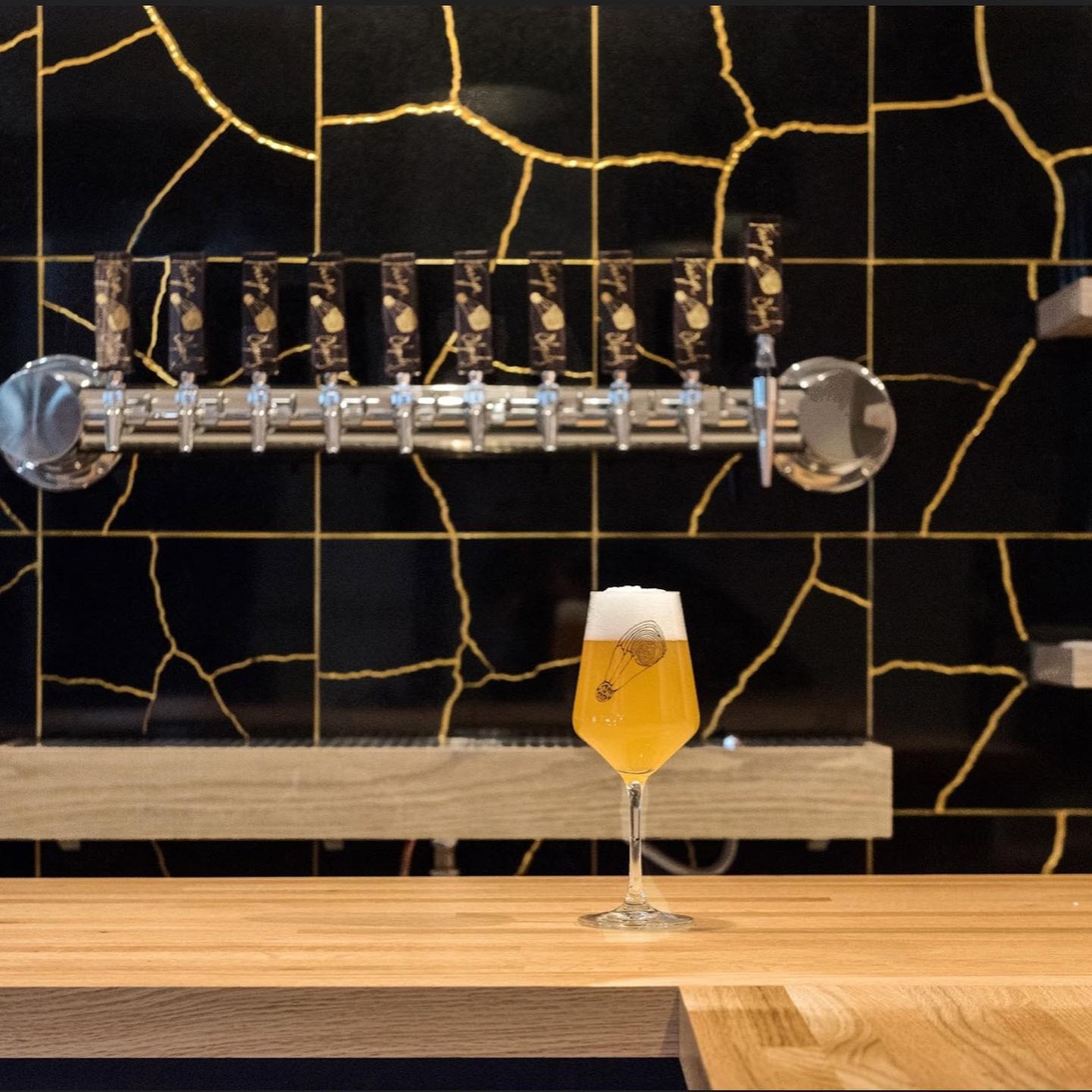 Beer Company’s Foreign Objects Chief brewer Steve D’Eva is the prototype of a poet-brewer, if such a thing can be said to exist. As a mission statement, the brewery’s website offers this existential tune: “We exist in a universe of limitless capabilities, but we are bound to this brutal plane of existence; our struggle is to create and experience a modest degree of pleasure amidst our eternal suffering. And what could be nicer than the “new-american hop ales”, the brand’s specialty?

Over the past four years, Foreign Objects has built an international fanbase for its hazy IPAs and crisp German lagers; elegant and abstract can designs; and esoteric beer descriptions distributed in 13 states, Europe, Asia and Australia.

The outfit, which opened a bar in Monroe last fall, is the second iteration of a long-running collaboration. In 2011, elementary school friends Tim Czarnetzki and Sean Bowman, who grew up in Cornwall, opened Urban Family Brewing Co. in Seattle. They recruited mutual friend Steve D’Eva to establish the brewing program. Bowman trained with him for two years before D’Eva moved on.

In 2017, when Czarnetzki and Bowman moved back east to be closer to family, the group came together to launch Foreign Objects. The initial idea was another brick and mortar brewery. “I wanted to put something in Westchester because there wasn’t a lot there,” Czarnetski explains. “But I couldn’t get over the rent — $50,000 a month for 20,000 square feet. I couldn’t commit to it with a new brand.

So they decided to leverage their existing relationships with the industry to try and build a wholesale business, while still looking for space on the side. “We were able to build relationships before we made the product, which is very important,” says Czarnetski. “So we decided to dive into the idea that we would eventually have a place.” A nomadic production operation, Foreign Objects has repeatedly been brewed from Shmaltz Brewery at Clifton Park, two roads in Stratford, Connecticut, Octopuses in Wisconsin, and Bolero Snort in New Jersey.

In 2019, they found space at 150 W. Mombasha Road and spent the year building it. Then COVID hit. “The pandemic really hurt us,” says Czarnetski. “We were two weeks away from opening Monroe and getting final state and county approval, and then closing hit and it really crushed us.”

They limped along, trying delivery service and take-out orders from the Monroe space. But the dizzying fall in their wholesale business, combined with the large investment they had made in construction, did not bode well for the company‘s financial health. “We basically stopped production for an entire year. The distributors stopped taking beer,” says Czarnetski. “So we were looking at both selling the whole thing and moving on, or selling and staying.” Ultimately, a group of craft beverage investors, led by Tampa craft beer legend Joey Redner, purchased the company and kept the team going. And the Monroe Foreign Objects taproom, nicknamed “the nerve center”, opened its doors last October.

“Much of our brand is based on the combined efforts of Steve and Molly [Dolan]says Czarnetski, referring to the Seattle-based artist who designs the cans. “Steve has these ideas for psychedelic excursions that he talks about with Molly, and then she makes watercolors of them. Everything is done in Steve’s dreamy esoteric vision.

That’s true down to the shou sugi ban wood accents and kintsugi-style cracked black tiles behind the bar. Add to that colorful murals on two walls and industrial elements like the steel I-beams and exposed ductwork and you have an eclectic and approachable bar with a long bar that feels good to buzz with people.

The taproom has 20 huge taps; about half pour a rotating selection of foreign object infusions; and the other half are beers, ciders and meads from sister companies in their beverage group. In mid-January, there was an amber lager, a dry-hopped pilsner, five variations of FO’s signature NEIPA style, including two doubles, plus choices of 7th Sun, evil twin, Cigar City Cider and mead, angry chairand my favorite thing.

“In 2011, the foggy New England style with flavor and aroma didn’t exist,” says Czarnetzki. “Everything was super clear, super dry and super bitter. People were lining up for it, but it wasn’t us. But as the style has changed, we have changed with it. Foreign Objects’ IPAs are definitely fuzzy, but with their West Coast beer packaging, they have a bit more bitterness than a pure NEIPA. A bicoastal compromise.

“As for our lagers, they are our reinterpretation of the super smooth and really drinkable Czech lagers,” says Czarnetski. The common denominator between everything they brew? Anything the team likes to drink.

“We will never be this ordinary style brewery that always has a wheat, a farm, an IPA and a black beer,” says Czarnetski. “We will definitely have a bunch of different beers with different flavor profiles, but a bunch will be hoppy, some fruity and some stout.” While the lion’s share of production will continue outside of New Jersey, some brewing will be done at the Monroe facility, including limited-edition and experimental beers that will be sold on-site in crowlers and growlers.

As the website puts it, the Foreign Objects team is “continuously inspired and moved by the philosophical importance of experiential wisdom and the expansion of the mind through the discovery and generation of new ideas.” With such an approach, there is unlikely to be a shortage of new experimental beers.