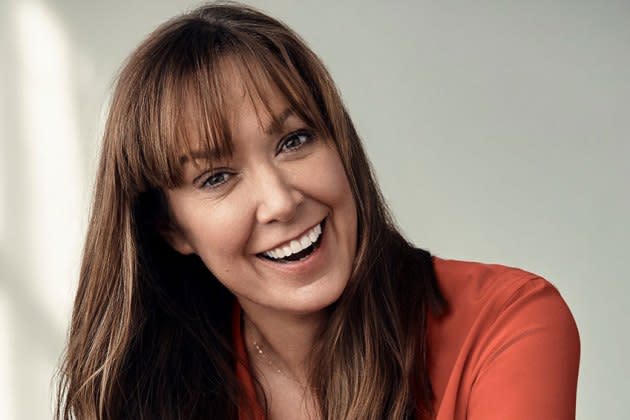 Elizabeth Marvel (“The Dropout” from Hulu, “News of the World”) has joined the star-studded cast of Blitz Bazawule’s adaptation of “The Color Purple.”

The next musical film from Warner Bros. is an adaptation of Alice Walker’s iconic American novel, as well as the 1985 Oscar-nominated film and Tony Award-winning Broadway musical it inspired.

Production is currently underway for the project in Georgia, where the story is set. Directed by Bazawule (best known for his work on Beyoncé’s “Black is King,” “The Burial of Kojo,” and “Cherish the Day”), from a script by Marcus Gardley (“The Chi”), the story spotlights Celie (Fantasia Barrino, in her feature debut), a black woman whose personal awakening in the early 20th-century American South is at the center of this epic story.

Told through a lens of magical realism, dance, and an uplifting musical score steeped in African American jazz, gospel, and blues, the film aims to amaze fans of past adaptations and introduce these beloved characters. to a new generation.

Marvel will take on the role of Miss Millie – the obnoxious and overbearing mayor’s wife who hires Sofia (played by Danielle Brooks in the upcoming adaptation) to be his maid. The character was played by Dana Ivey in Steven Spielberg’s 1985 film.

Oprah Winfrey, who made her acting debut in this film, is producing the new project under her Harpo Films banner; Spielberg is also returning to produce for his Amblin Entertainment. Scott Sanders and Quincy Jones, who both produced the Broadway musical, are also producers. Alice Walker, Rebecca Walker, Mara Jacobs, Carla Gardini, Kristie Macosko Krieger and Adam Fell serve as executive producers.

Earlier this week, Essence announced that recent Oscar nominee Aunjanue Ellis would join the cast of the film. The actor – who has also been nominated for 2 Emmy Awards – will play Mama, Celie and Nettie’s mother.

Marvel currently stars as Noel Holmes in the Hulu limited series “The Dropout” and was nominated for a Lucille Lortel Award (for Outstanding Lead Performer in a Play) for her role as Mary Tyrone in the Audible Production of “Long Day’s Journey Into Night”. Thursday. Marvel will next star in David E. Kelley’s “Love & Death” limited series, about the true story of the murder of Betty Gore by Texas housewife Candy Montgomery in 1980, for HBO Max.

She was recently seen in Paul Greengrass’ “News of the World” for Universal and the Netflix limited series “Unbelievable.” Marvel is also known for her roles on Showtime’s “Homeland,” where she played President Elizabeth Keane, the first woman to hold the position; as Heather Dunbar in Netflix’s “House of Cards”; and in “The Meyerowitz Stories” by Noah Baumbach, with Adam Sandler and Ben Stiller. On stage, Marvel has appeared in the Broadway productions “Other Desert Cities”, “Seascape” and “Picnic”.

Marvel is replaced by Innovative Artists and Viking Entertainment.

The Ambulance Ending Explained: How Michael Bay’s Car Chase Movie Has A Darker Ending Than It Seems