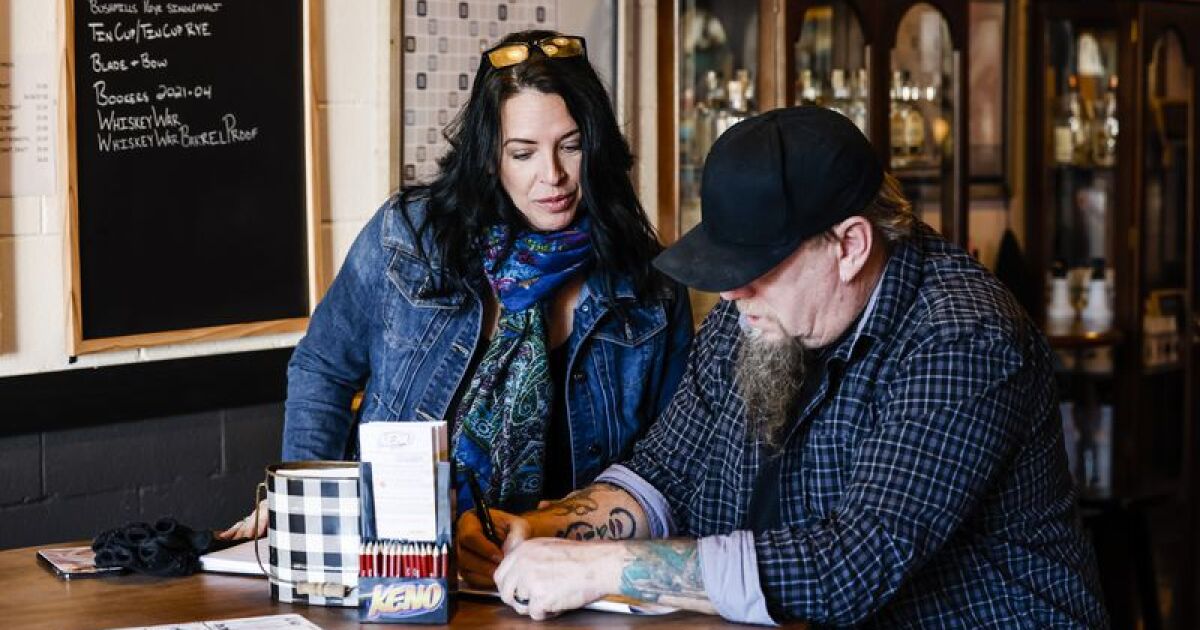 For the first time, a feature film is shot entirely in Middletown.

The United Front Films team has been busy the past few days filming “A Bachelor’s Valentine” in downtown Middletown.

The film is directed by Lana Read, 50, a Middletown native who graduated from Monroe High School in 1990, moved to Cincinnati, then returned to Middletown. She always wanted to make a film in her hometown, especially in the revitalized downtown.

She was scouting potential locations for another movie when she realized “A Bachelor’s Valentine” was “a great movie to shoot” in Middletown.

“The area represents history,” Read said. “It has charm.”

Some of the scenes were shot at the Swire Inn, White Dog Saloon, BeauVerre Riordan Stained Glass Studios, the homes of Dan and Fran Sack and John and Avinne Kiser, the council chambers in the City Building, the dining room at Brown’s Run County Club, Governor’s Square and along the Great Miami River.

“I wanted to do it in my hometown,” she said this week.

More than a dozen movies have been shot in Butler County recently, including some scenes from the film version of JD Vance’s book “Hillbilly Elegy: A Memoir of a Family and a Culture in Crisis.” The Netflix movie directed by Ron Howard starred Amy Adams and Glenn Close.

The “A Bachelor’s Valentine” crew will work in Middletown until early next week, after which the film will move into post-production. Read said she hopes to release the film in early 2023, just before Valentine’s Day.

Read called the 12 days of filming “pretty quick for a feature film.”

This will be her fourth feature film and seeing a completed project is “very rewarding” when celebrated with the whole team, she said.

In “A Bachelor’s Valentine”, Claire Knapp (Layla Cushman) moves to the small town of Paul Bachelor (Brian Gaskill) and they try to fix their damaged lives while working together for the benefit of the whole community. But Knapp’s vindictive ex-husband Stuart Knapp (Vernon Wells, “Mad Max 2: The Road Warrior,” “Commando” and “Power Rangers”) will do whatever he can to prevent that from happening.

Read called it a “feel-good movie”.

For the scenes shot in the Sack house, Fran and Dan had to remove all objects from their walls, but were allowed to keep the family photos in place.

Next, the Sacks were filmed having dinner at the Swire Inn. She can’t wait to see the movie.

“It will be interesting,” she said. “People always say when they see themselves, they always wish they were a little taller, a little thinner.”

White Dog owner Mike Dranschak plays a bartender and has a speaking role, he said. He said some of the bar’s “regulars” are featured in a scene that was shot Wednesday night.