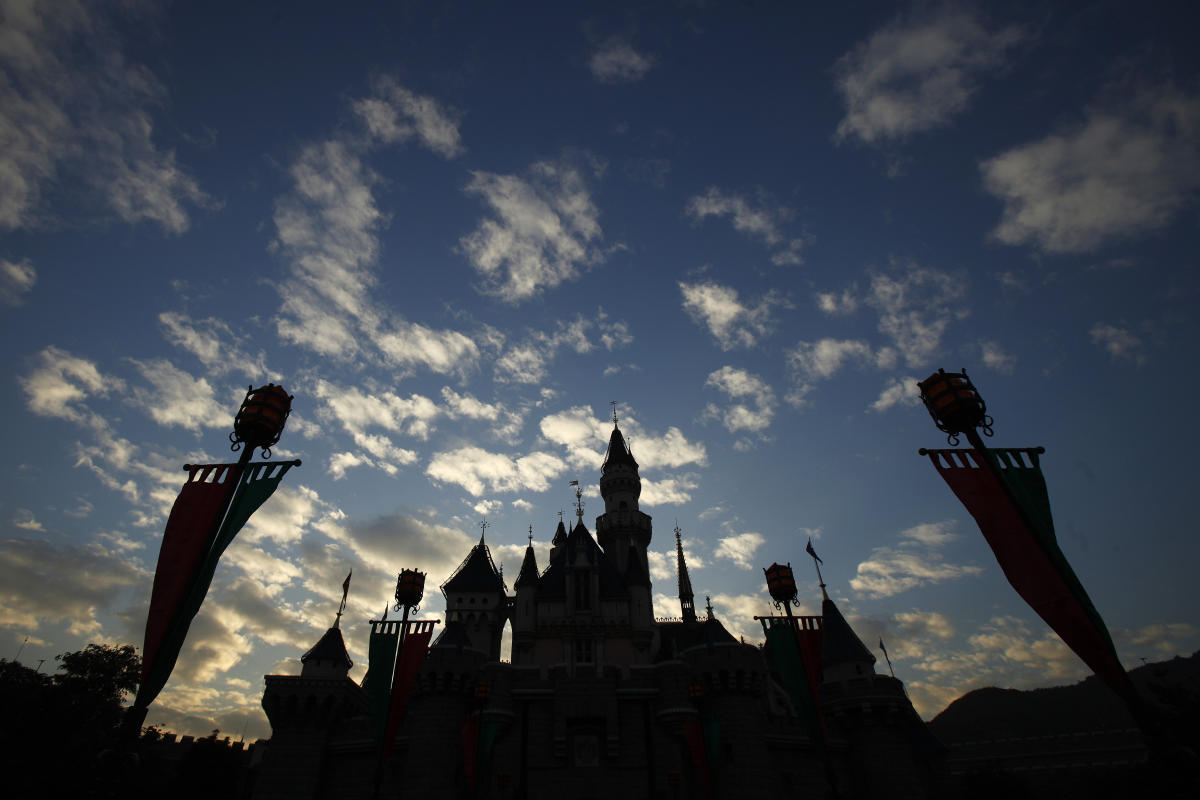 Disney employees take a stand against what they describe as CEO Bob Chapek’s ‘apathy’ over the dubbed Florida “Don’t Say Gay” invoice.

According to a open letter published Monday eveningLGBTQ employees of The Walt Disney Company and their allies will hold both virtual and in-person protests — the first of which will take place March 15-21 during their 15-minute break periods, followed by a full strike on Tuesday, March 22.

The organizers of the walkout, who chose to remain anonymous for fear of reprisals, told Yahoo Life that their frustrations peaked after the two Chapek’s mishandling of the controversial bill earlier this month and news of Disney’s political contributions to lawmakers with anti-LGBTQ voting records. (See the full list here.)

“We were fed up with two things: our LGBTQIA+ community being attacked by our government and Disney’s continued failure to create a safe work environment for us,” organizers said in a joint statement to Yahoo Life.

“It’s been a lot of words with little action,” they say of Disney’s mishandling of LGBTQ inclusion at the company. “Although they have implemented training for employees and small ERG [Employee Resource Groups], nothing structural has been announced. The ball is in their court. Disney workers feel the need to make their voices heard, and they do.”

Additionally, they point out in the statement, “Disney has been aware of the plight of LGBTQ+ employees and allies,” adding, “They have access to professional communications where people express their anger at Chapek’s inability to respond in any case. Even with all the recent conversations about “safe spaces” that have taken place in response to employee outcry, high-level leaders have protected themselves from hearing us out, by ensuring that all communications are forwarded to them rather than coming to listen to us.”

As stated in the open letter, the walkout is partly a direct response to Chapek’s handling of the controversial billmore precisely his most recent apologylast week, which the organizers said in the letter, “has failed in any way to match the magnitude of the threat to LGBTQIA+ safety posed by this legislation.”

In a nutshell, Florida’s bill, officially called the Parental Rights in Education Bill, restricts conversation or instruction about sexual orientation or gender identity from kindergarten through third grade. year. It also allows Florida parents to sue schools and teachers for violation while encouraging them to object to their children’s programs.

The bill, which has been passed by both Florida houses and now awaits Governor Ron DeSantis’ likely signature, has caught the attention of the whole country, including President Joe Biden, who publicly denounced the bill. Meanwhile, Disney management has remained relatively quiet. The consequences of such complicity, organizers say, extend beyond internal affairs.

“While Disney has a reputation for being a safe employer for the LGBTQIA+ community, there are still many ways Disney hasn’t made substantial progress toward creating a more equitable and safe environment for its employees. LBTQIA+,” the organizers add. “Not only through the company’s original response to the ‘Don’t Say Gay’ bill, but also in our day-to-day working conditions.”

“As stated Pixar’s open letter to the company, LGBTQIA+ stories are still censored in our films,” they continue. flatness. The fact that they were funding these lawmakers is a much bigger issue. We need a firm commitment not to fund politicians supporting laws like the ‘Don’t Say Gay’ bill, and transparent mechanisms in place to ensure accountability going forward.”

Shortly after the Florida bill passed, Chapek published a apology note stating that Disney would suspend all political donations in the state pending a review, and that the company would increase its support for advocacy groups to fight similar legislation in other states.

“You needed me to be a stronger ally in the fight for equal rights and I let you down. I’m sorry,” Chapek said in a public statement released last Friday. “We are working hard to create a new framework for our political giving that will ensure our advocacy better reflects our values. And today, we are suspending all political donations in the State of Florida pending that review. But I know there is still a lot of work to do.

But organizers say the apology was too little too late.

“Disney workers don’t want to feel like their hard work is pouring money into efforts to make LGBTQIA+ people — the very people who work for the company — unsafe,” they told Yahoo Life. “Plus, they want to feel safe creating the ‘authentic’ stories that Disney claims to use to change the world for the better. There’s a tremendous amount of movement to be done here.”

“We need Chapek and Disney as a company to review our requests and make strong commitments to address these issues,” they continue. “We’ve heard a lot of empty ‘we see you, we hear you’, without the actions to back it up.

These organizer request lists include:

The organizers have also included a long list of employee statementsmany of whom explained that Disney’s silence before the bill was detrimental not only to them, but to other employees:

“My husband and I both work for the company and posts like Bob’s show he’s not supporting us and inclusion isn’t a real priority,” it read.

“As a queer artist of color, I cannot accept this so-called ‘neutral’ stance our leaders take on issues that affect the lives of people in my immediate community,” read another. “If we’re truly dedicated to diversity and inclusion at this studio, we need to champion it at every level. We need those positive messages that we strive to put into our shows to reflect the choices we make. in the real world too.

As stated in the open letter, the organizers hope that this decision will trigger real change in the company, not only internally, but also externally.

“As a community, we have been forced into an impossible and unsustainable position and must now take action to convince TWDC to protect employees and their families from such overt and shameless bigotry,” the letter said, adding that the identity of their colleagues “are do not ‘political issues.'”

“We stand in solidarity with our colleagues in Florida, who will be directly harmed by this new law and yet still be required to perform their duties for a company that not only failed to prevent it, but also funded it. tacitly,” the letter continues. ” It becomes Above all regarding when you consider that [The Walt Disney Company] forces even more employees to work and live in Florida, making even more Continued Cast Members are targeted by this odious law.”