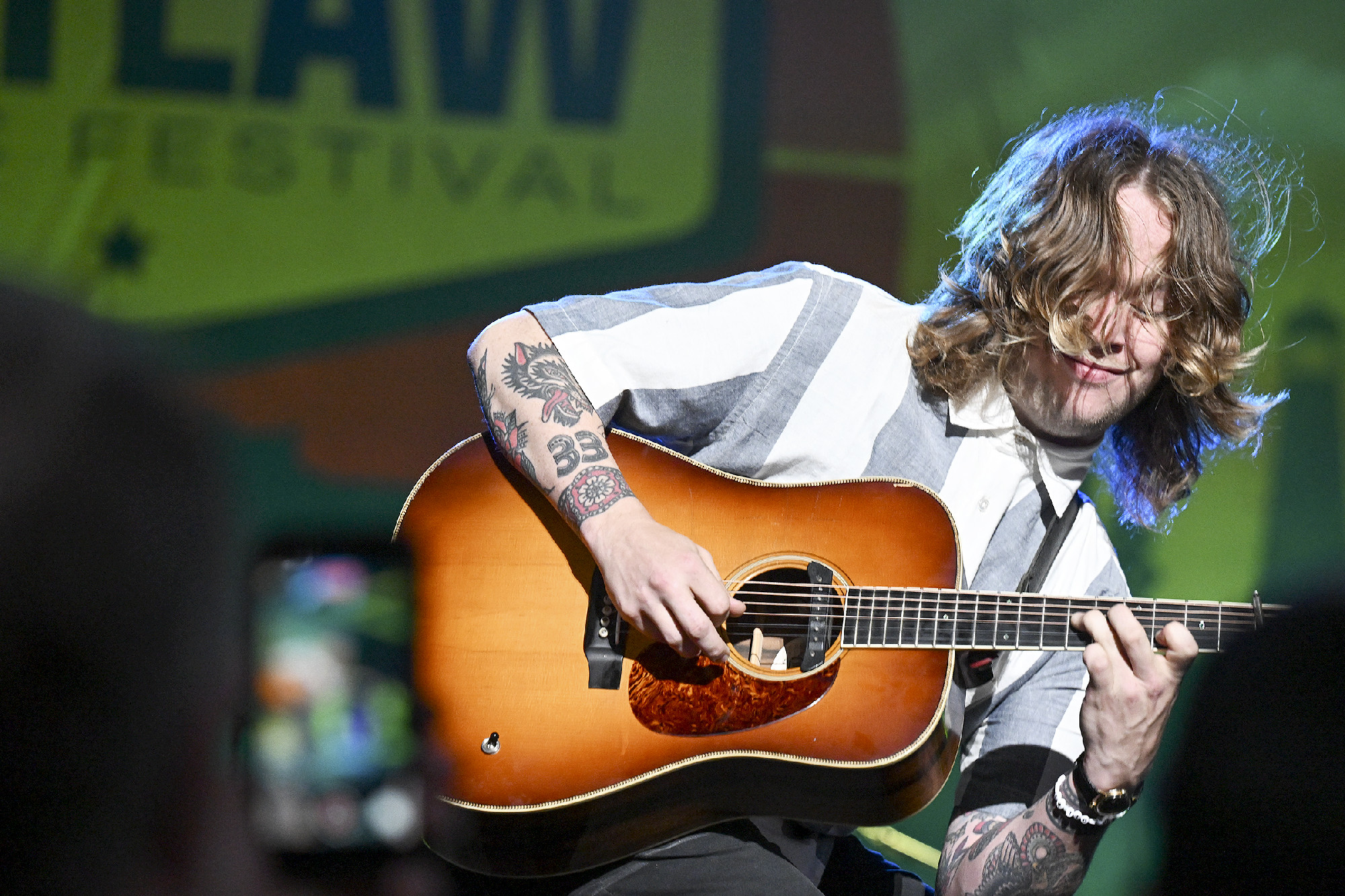 The first letter of each song in his setlist – beginning with “Turmoil & Tinfoil” and ending with “Everything’s the Same” – spelled out a phrase: “THANK YOU WILLIE”.

The sentiment of “Thank you, Willie” was surely felt by fans throughout the night. At 89, Nelson has been traveling the country every summer since 2016 with the Outlaw Festival, but the legendary entertainer’s presence cannot be taken for granted.

A huge American flag served as the backdrop for Nelson’s set. He sat in a chair, holding his battered acoustic guitar named Trigger. A red headband circled her forehead and her long gray pigtails hung over her chest. He tweaked his songs a bit to accommodate the limitations of his voice, but Nelson’s youngest son, Micah, 32, accompanied him onstage, providing support and helping to beef up the sound.

Nelson’s set highlights included indelible staples “Whiskey River”, “Mammas Don’t Let Your Babies Grow Up to be Cowboys”, “Always on My Mind”, “Good Hearted Woman”, “Georgia”, “Roll Me Up and Smoke Me When I Die” and “Mr. Records Man.” He also joined his son on two of Micah’s best tracks: “Everything Is Bull—-” and the more recent “Die When I’m High.” [Halfway to Heaven]», Micah’s lyrical ode to his father.

Micah, whose stage name is Particle Kid, opened the festival just after 3 p.m. as attendees were still filtering in and sudden heavy downpours wet the lawn. Joined by another guitarist and his stuffed octopus, Particle Kid played modern, experimental acoustic emo rock.

After a quick transition, powerhouse country singer Brittney Spencer led her four-piece band through a handful of tracks, including “Sober & Skinny” and a cover of Nancy Sinatra’s “These Boots Are Made for Walkin.” . ”

Larkin Poe of Nashville, Tennessee was led by masterful guitarists and sisters Rebecca and Megan Lovell, the latter guitarist notable for playing a Rickenbacker lap steel slug over her shoulder and perched on her thigh. The duo, steeped in American traditionalist music, were a dominant presence on “Trouble in Mind,” AC/DC’s “Wanted Woman” and blues master Son House’s “Preachin’ Blues.”

Before Willie Nelson gathered all the performers on stage for a closing encore of “Will the Circle Be Unbroken,” the seven-piece Avett Brothers delivered a rousing and energetic performance on 15 songs that spanned the gamut of signature “Satan Sweaters”. the Strings” to closer elegiac “No Hard Feelings”.

More from The Daily Gazette: