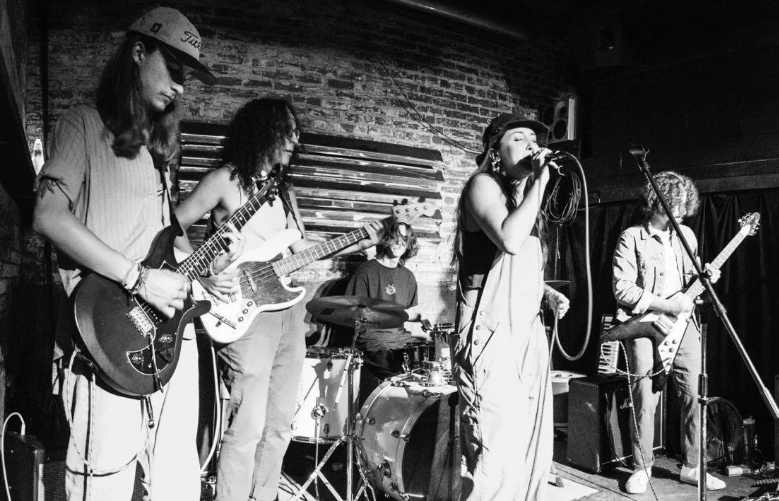 The Gray Eagle, one of Asheville’s oldest concert halls, has put on dozens of shows for the winter season, including groups Sylmar and Serotina for October 23. The 22-year-old Mountain Music Hall actively works to keep stage music alive in Asheville while supporting both great performers and local artists.
Hailing from a Chevrolet dealership garage in 1994, according to the official music hall website, the Gray Eagle has hosted more than 10,000 shows ranging from Band of Horses to Avett Brothers since the official opening of the Asheville site in 1999 .
Located in the River Arts District, the Music Hall emphasizes showcasing high-profile talent while providing a relaxed environment.
“The Gray Eagle is known across the country for being the place to see emerging national artists in Asheville,” said Ethan Kimberly, drummer for the Cincinnati modern rock group known as Sylmar.
The Sylmar sound is made up of modern post-punk, jazz and Americana influences. The quintet includes two guitarists, Luke Glaser and Daniel Sutter, Dom Franco on bass, Brian McCullough on lead vocal and Kimberly on drums.

“We would like to think that we have a little something for everyone,” Glaser said. “We try to mix a familiar and nostalgic sound with something surprising, modern and sometimes even absurd.”
Glaser and McCullough said they started playing together after their collaboration was recommended by a mutual friend and a member of Stoop Kids. While Sutter had already befriended McCullough in previous years, Kimberly and Franco joined the collective in 2016.
“The tours help build a perspective on the country we live in, beyond what the daily algorithm shows us. It’s really nice to have music as a common connector, ”said McCullough.
The Gray Eagle room offers two performance platforms. The indoor standing venue hosts larger crowds and well-known acts. Outdoor patio seating entertains both local performers and up-and-coming musicians. These settings provide a relaxed atmosphere to both performers and their audiences.
“A band from Cincinnati messaged us and told us they were having a patio show at the Gray Eagle and they wanted a local band from Asheville to perform with them,” said Eli Whitlow, drummer. of the Serotina group.
Serotina, a burgeoning jazz-funk group made up of five students from UNC Asheville, joined forces in early spring, creating their signature sound.
“It started in our first recording class. I remember Eli was in there, and he was just looking for people to jam with, ”said Charlie Seehorn, one of the band’s two guitarists. “We just wrote a progression and played on it for two hours. They were like “Yeah, that was awesome” and then they went home. “

Seehorn said they initially didn’t have any songs. As the band set up progressions, lead vocalist Kass Blount put the lyrics above, creating Serotina.
“Everyone here plays punk music or shoegaze or something, and we’re just not that,” said Ivo Pestana, bassist for the local band. “Shoegaze and punk are drugs, but that’s just not what we do. “
Although the group got together, they said they still faced challenges such as scheduling rehearsals, writing music and making a profit.
“You made $ 30 after how many hours of rehearsing and writing. What is it like five cents an hour? Pestana said.
Despite low profits so far, the band members said they liked the feeling of excitement they get from performing these types of shows at the Gray Eagle and elsewhere.
Pestana said it’s fun playing for an audience, but he likes playing in general.
“It’s hard for the crowd to get the hype if we aren’t too. It’s like both ways, ”Pestana said.
The band’s guitarist, Baron Wright, a UNCA student immersed in the school’s music department, said his mind was completely blank while performing.
“It’s like a roller coaster of emotions, I would say,” Seehorn said.

Every next Ana De Armas movie